Brian Frick is the Associate for Camp and Conferences Ministries with the Presbyterian Church (U.S.A.). He has been involved in camp and conference ministry since high school. For the past ten years, Brian has served as program director of Johnsonburg Center in New Jersey, Westminster Woods in California, and Heartland Center in Missouri.

Camp and conference ministry compliments and partners with other ministry aspects of our church to foster faith development and reflection. As our communities and our church changes, our ministries need to grow and adapt with creative and emergent programming and leadership to meet new realities.

These blogs entries, though varied, are intended to spur thought and conversation around the opportunities and challenges before us.

The People I Pray our Ministries Cultivate

Instilling a culture of community

Qualcomm Stadium server trips, loses $1,000 … and Chargers fans give it all back 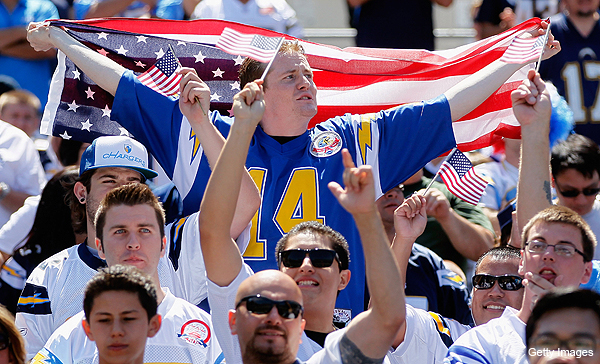 We have no idea if the San Diego Chargers will go to the Super Bowl this season, but from a sheer class perspective, many of their fans proved to be world champions during the team's preseason contest versus the San Francisco 49ers on Sept. 1.

During the game at San Diego's Qualcomm Stadium, a Club Level server by the name of Heather Allison tripped on a stair, and all the money she'd taken in for the day — about $1,000 — flew out her hands and landed all over the area — on fans in attendance, under seats, and one level down in the lower field section.

Instead of doing the full-on "Ocean's Eleven" money grab, the fans' first instinct was to let everyone in the vicinity know just whose money it was.

"All my customers began screaming over the railing to the people below: 'That's the server's money,'" Allison, a mother of four and full-time student, recalled. Club level fans started collecting the money in their section, as did the field level patrons.

In the end, Allison got back every bit of the money she had inadvertently lost, and pocketed $170 in tips for the evening after giving the concession company its cut. "It was all there," she said. "Chargers fans are amazing. We're like a family."

It's a great story not only because a mother of four got all her money back, but also because of the connection fans have to the people who wing hot dogs and peanuts at them from the aisles, and satisfy their urges for a lemonade or cold beer on a fall day. The emotional remembrance given to longtime Seattle vendor Bill "The Beerman" Scott a few years back was but one example of that connection.

No question — there had to be people in those sections who knew Ms. Allison, and had to know just how much that money meant to her. It's a great part of the fabric of the gameday experience.

Kudos to you, Chargers fans.