Brian Frick is the Associate for Camp and Conferences Ministries with the Presbyterian Church (U.S.A.). He has been involved in camp and conference ministry since high school. For the past ten years, Brian has served as program director of Johnsonburg Center in New Jersey, Westminster Woods in California, and Heartland Center in Missouri.

Camp and conference ministry compliments and partners with other ministry aspects of our church to foster faith development and reflection. As our communities and our church changes, our ministries need to grow and adapt with creative and emergent programming and leadership to meet new realities.

These blogs entries, though varied, are intended to spur thought and conversation around the opportunities and challenges before us.

The Upside of Church Decline 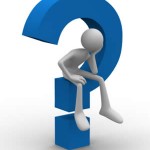 Just as we received more bad news about church health in America, the analysts have found a positive spin.

The Association of Religion Data Archives released the latest downward data in the U.S. Congregational Life Survey, citing “stark evidence of the aging and shrinking of many congregations.”

The headline puzzled me after I read the opening paragraph: “The number of Americans with no religious affiliation continues to rise. Fewer young people are going to church. And the effects of recession have placed greater burdens on religious institutions in a time of shrinking resources.”

What’s “hopeful” about that? Well, here’s what the researchers cited (followed by a few of my questions).