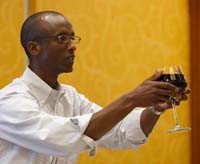 Each new church development was selected by the Mission Development Resources Committee of the GAMC.    Proposals for the next review cycle of mission program grants are being accepted now and are based on Starting New Churches:  A Process of Discernment (Version 3.0), developed by the office of Church Growth Ministries of the General Assembly Mission Council.