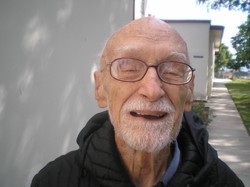 Educator, psychologist and retired pastor of the Presbyterian Reformed Church in Cuba, he was born in the city of Cárdenas on Sept. 17, 1914. Called by different names by each of those with whom he interacted ― Castellanos, doctor, Don René — he managed from an early age to overcome a number of obstacles and to earn the title “Master” that he has held for so many years.

Doctor of Philosophy from the University of Havana and a Masters in Theology from Evangelical Theological Seminary in Matanzas, he also attended the “Psychology Applied to Education” program of Columbia University in New York. For years he held the position of teacher — as well as many other important positions ― in the now-defunct  Presbyterian school “Progressivo” in Cardenas and for more than four decades he taught at the Evangelical Theological Seminary in Matanzas.

He authored numerous articles and essays on theological, pastoral and socio-cultural issues, published in Cuba and abroad.

A teacher of young people and an experienced psychologist, he was always present in the events of the next generation and in the concerns that have convulsed the church, as an open-minded intellectual who was also committed to its social environment.

Without a doubt, his exemplary behavior and his stature as a humanist have been a source of inspiration that has exceeded the level of the purely “religious,” but he has become a source of spiritual sustenance for future generations and an example of fruitfulness for those who have seen in him a constant paradigm of integrity and ethics.

Today in Cuba a great prince has fallen! Happily, René lives in the springtime with the Lord!