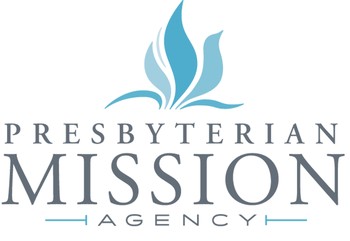 The Presbyterian Mission Agency today launched a new logo to accompany its new name that was approved this summer by the 220th General Assembly in Pittsburgh. The new logo symbolizes the agency's focus on engaging in God’s mission for the transformation of the world through collaboration, accountability, responsiveness, and excellence.

The central element in the logo is a flame representing God’s holiness, the presence of the Spirit, and inspiration. Also visible in the logo is a dove, which with its upward motion communicates peace, restoration, and connection. Finally, the logo elements culminate in an image of the Word of God, its pages alive with movement equipping and inspiring people around the world.

“We are excited about our new name and visual identity that will represent us for decades to come,” said Linda Valentine, executive director of the Presbyterian Mission Agency. “It is provocative and innovative while maintaining the distinguished and sophisticated image our Presbyterian mission deserves. It will stand the test of time and take us forward with our mission and vision.”

The implementation of the new visual identity will be an evolving process as it begins to appear on resources, websites, and emails. “We want to be good stewards with the resources God has given us," said Valentine. “The new name and logo are being integrated in a respectful manner to inventory and need.”

The Presbyterian Mission Agency leadership worked with Premier Studios from Kansas City, Missouri, throughout the process of developing this new visual image. Premier brought three decades of history with faith-based and nonprofit organizations to this project. Previous clients include the Church of the Nazarene, The Salvation Army, the American Heart Association, and the Jewish Federation of Greater Kansas City.