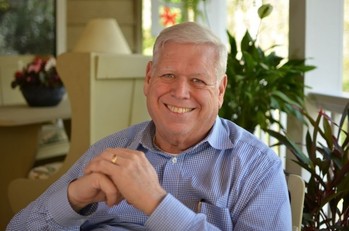 The race is on for moderator of the 221st General Assembly (2014) of the Presbyterian Church (U.S.A.) with the announcement by Western North Carolina Presbytery that it has endorsed Heath K. Rada for the denomination’s top elected post.

The moderator of the 2014 General Assembly will be elected on June 14, 2014 on the first day of the Assembly in Detroit. The person elected will moderate the Assembly and then serve as the public face and voice for the PC(USA) for the ensuing two years.

Rada, a native of Richmond, Va., retired to Montreat, N.C., in Western North Carolina Presbytery after retiring as CEO of the Greater Richmond Chapter of the American Red Cross where he served as coordinator for the work of that organization in Virginia and the District of Columbia. He also held the positions of interim CEO of Red Cross Chapters in San Diego, Minneapolis-St.Paul, and Ft.Worth.

Prior to his work with the American Red Cross, Rada served as president of the Presbyterian School of Christian Education (PSCE), which is now part of Union Presbyterian Seminary, for 12 years. As such, he was the first layperson to head on of the PC(USA)’s theological schools.

Rada has served at all levels of the PC(USA). He currently serves on the boards of the Presbyterian Mission Agency of the General Assembly, the Montreat Conference Center, and the Presbyterian Homes of North Carolina.  He has also been active in community organizations everywhere he has lived and worked.

After graduating from Virginia Commonwealth University and PSCE, Rada embarked on a first career as an educator. He became the first Caucasian public school teacher in Henrico County, Va. to join the faculty of an all African-American school. Since then, he has been a faculty member of several colleges and universities here in the United States as well as visiting scholar on five continents.

He was named North Carolina’s first Community Educator of the Year, recipient of the Margaret Bowen Award in Christian Education, and Humanitarian of the Year by the Richmond chapter of the National Conference of Christians and Jews.

“This is a serious commitment,” Rada said of his decision to accept Western North Carolina’s endorsement for moderator . “No one can do it unless they are confident it is something they were meant to do, God willing. I have prayed about it, talked to people I trust, to people who know me, my history and abilities, and I have opened my eyes and ears and heart to God. I am humbled to be asked, even more humbled to say yes. And this I can promise: I will give it my all, should I be chosen.”

At the same time, he added, “Being moderator is not a position you should ‘run for’ or ‘campaign for’ in the aggressive political sense. God is at work in the process. All I can do is to offer myself up to God’s will. I see it as a blessing to be considered by my peers as a candidate for the job.”

Rada is married to his wife of 46 years, Peggy. They have two children and two grandchildren and are members of Grace Covenant Presbyterian Church in Asheville, N.C.