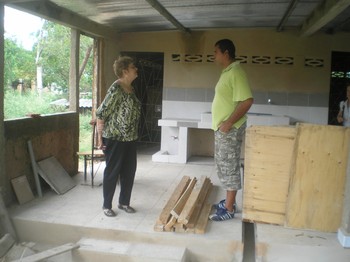 A renowned Cuban artist is building a studio at Demari, which will integrate the arts with the center’s spirituality of the land programs. —Jerry L. Van Marter

Carlos León and Ofelia Ortega are trying to create what they call “a community of dreams.”

In 2007 ― with Cuban peasants returning to the land following the Soviet period during which collectivized, mechanized farming was the norm on the island ― Ortega persuaded Leon to co-found Centro Ecologico Diaconal (“Center for Ecological Service”) on family farmland near here that he had reacquired under Cuban government land reform.

León was ready to abandon his farm and move into town, Ortega says, “but I told Carlos God had a better plan for him and his land and he believed me!”

Today, 120 local peasant farmers and their families gather monthly at the center ― which they call “Demari” ― to share problems and successes, to learn new farming methods and, most importantly, to knit their individual lives together into a sustainable community.

“When we began we had a three-year series of objectives,” León says. “We have attained all of them and now are entering the second phase to greatly broaden the community.”

Those initial objectives included reducing degradation of the 100 hectares of land the Demari participants farm and to begin to reforest the land with trees and plants that would enrich the soil and feed the farm families. 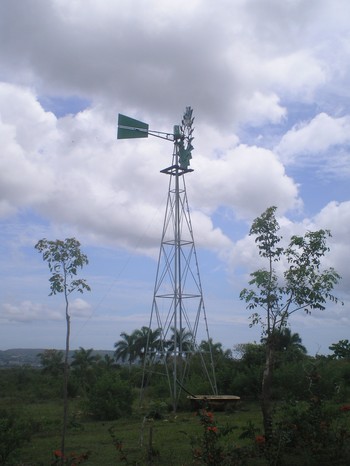 “To do this we needed water because it is very dry here and the river is far away,” León explains. “So we dug eight deep-water wells and built four windmills to draw the water up.” The Demari farmers have almost completed four irrigation systems and hope to irrigate all 120 farms in the near future. “This is a dream of the peasants,” León says.

Reforestation has included the planting of fruit trees and protein-rich moringa trees which nourish farm animals and provide benefits for humans, too. The leaves can be used in teas, salads and medicines “Fidel (Castro) has a jar full of moringa at his home ― that’s why he’s so healthy,” Ortega laughs.

In another move toward self-sufficiency, the Demari group has built five simple bio-gas “plants” to convert animal waste into compost and to provide energy to the farms. Three more bio-gas processors are in the works. “This is very important because electricity and petroleum are very expensive and hard to get,” León says.

Ortega ― who is former president of the Evangelical Theological Seminary in Matanzas and teaches theology there ― says that when the bio-gas processors started producing, she conducted a liturgy with the peasants. “I told them: ‘Look how God can even use poop to enrich the lives of the people!’” 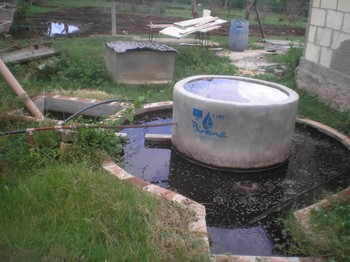 Ortega provides modest funding for the center through her Christian Institute for Gender Studies at the seminary. The World Council of Churches also provides some funding ― “because they know me,” says Ortega, who is one of the WCC’s presidents. “We do a lot with partnerships,” she says. “Our budget is very small so we always look to see who can help us by forming alliances.”

Training is a big part of Demari’s program, León says. Many Cuban farmers have only known Soviet-style agricultural methods, with their reliance on machinery and artificial fertilizers. “Sustainable development is our goal,” he says. “We are working with the U.N. to see if we can be the first in Cuba to get ecological certification. We want to be a model for all the other farmers.”

Demari’s farmers meet once a month at the center. “They organize into sub-groups, according to their needs,” León, an elder at Central Presbyterian Church in Matanzas, says. He has a degree in environmental science and just recently completed a theology degree at the seminary. “I teach in the local elementary school because I want all the people to grow an appreciation for ecology and healthy living and to love the land so they will stay.”

Through the gender institute, Ortega and León have developed an “ecological spirituality” program at Demari. “We have services to celebrate special days on the calendar, such as Earth Day,” Ortega says, “and we’ve created some of our own. June 5 is “Vitamin Day.” A retreat center has been built at Demari and church and other groups are increasingly using it for meetings and other gatherings.

The arts are a new addition to Demari’s programs. A renowned Cuban ceramics artist has spent his own money to build an art studio at the center. “One of our new objectives,” Ortega says, “is to integrate art and the spirituality of the land.”

And, of course, the kiln for firing pottery will be fueled by bio-gas.

“This is God’s miracle,” Ortega says of Demari. “When we started we had no prospects for success, but now so many people come to see how we do this.”

She says “the most important thing for me is that the church recognize what we are doing and appreciate it. I call it the ‘ethics of risk’ ― churches are too often afraid and only appreciate what they initiate themselves. We have done the unthinkable here, creating community spirituality with community development. We do this because of our faith.”

León agrees. “People ask why we do this without any salary. Others say, ‘Well, you know, they are Christians.’ We’re going to transform this whole community. We are a community of dreams.”