Home News A Missionary to the United States: Vilmarie Cintrón-Olivieri

A Missionary to the United States: Vilmarie Cintrón-Olivieri 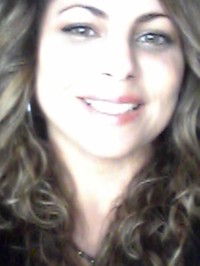 Vilmarie Cintrón-Olivieri doesn’t have the title of missionary or pastor, but her service to the church goes beyond the traditional Presbyterian roles.

“Sometimes we confuse evangelism, believing it only comes in one or two forms,” she says. “But in reality, it is in everything we do.  You don’t have to get into a plane or drive faraway to witness. You do it where you are.”

Vilmarie calls herself a “cradle Presbyterian.” She grew up in the church in Puerto Rico and always felt called to share her faith with others. But she says it took a little time for her to realize she could witness in ways she never expected.

“For many years I didn’t think I was doing anything extraordinary. Missionaries go everywhere and seem to do amazing things,” she said. “For some time, I wondered if being a high school teacher would further the cause, if I was doing enough.”

“You don’t know the impact you have on a child’s life. You don’t really know until years later, so you hope for the best and pray for them,” she continued. “Then you see them in the world years later with their own children and doing good things. That was when I realized God was at work.  I knew that the way I taught my classes with love and dignity and respect and by just being there for the kids, praying and crying with them—that was also a ministry.”

The Cradle Presbyterian
Vilmarie comes from a long Presbyterian tradition. Her grandfather was a ruling elder and a founding member of one of 14 churches in the Presbytery of San Juan. She remembers happy, faith-filled days in the church, singing in the children’s choir, going to Sunday school, and taking part in youth groups. 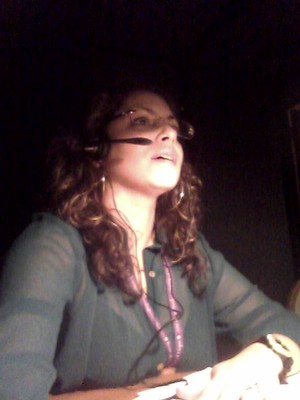 Vilmarie interpreting during a PW Gathering

As she grew, Vilmarie became even more involved with the presbytery and church activities, attending summer conferences at El Guacio, a place similar to Montreat, in the town of San Sebastián.  It was founded by Presbyterian missionaries.

“My sister, Michelle, and I went there every year.  I had beautiful experiences with the Lord. I talked with God one-on-one.”

That’s also where she met her husband the Rev. José Manuel Capella-Pratts.  The couple later married there in 1996, with their friends from El Guacio taking part in the wedding.

Vilmarie served in leadership roles in the church while in Puerto Rico. She was a youth advisory delegate to General Assembly and was ordained a ruling elder at just 19. She calls it a “rich and full experience.” She says she grew to love attending presbytery meetings because she learned so much about the church.

A Missionary in Miami
Two years ago, Vilmarie’s husband was asked to serve at First Spanish Presbyterian Church in Miami. The couple left everything they’d known as José  answered the call. Although Miami has what Vilmarie callsa “very Hispanic flavor” that reminds her of home, it was a difficult transition.

“Even the small things are different, from traffic to grocery shopping,” she says. “The transitional time was a little bit scary, but the church is where I find comfort. It gave me solace, something I couldn’t find in any other place.” 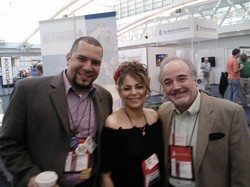 Vilmarie (center) at GA with other attendees

She continued her involvement in the Presbyterian Church, joining the church choir and taking part in local Presbyterian Women activities. (PW has both English and Hispanic-related activities in Miami.)  She was involved in a sub-committee for the organization of Encuentro VII, the triennial gathering of the Hispanic-Latina PW, Mujeres Hispanas Latinas Presbiterianas, which took place in Orlando July 19-21 of this year.

She also continues to serve as a member of the Committee on Theological Education (COTE), which reports directly to GA, something she’s done for the last five years. And, for the past four General Assemblies, Vilmarie has helped with interpretation duties, translating English to Spanish.

“That has been an eye-opening experience. I began to realize the barriers that are important to break down, because if someone doesn’t understand what is happening, they are excluded. I take this very seriously. It’s brought a lot of joy to my life knowing that the language barrier can be removed.”

It’s something she practices in her daily life in Miami as an English as a Second Language (ESL) teacher, serving as a missionary of sorts to those who are struggling to make a life in the United States. Many are immigrants and need to learn the language to go forward. Vilmarie says the immigrant population is an opportunity for the church to reach new people and share God’s grace.

AllWomen in the Church Ministry Profiles

Racial Ethnic and Women's Ministries/PW seeks to lift up and celebrate women throughout the church.

Meet other women who are leaders within the church, women who seek to share their love of Jesus Christ with others. Be a witness to their faith journeys, share their inspiring stories with others, and tell us about women in ministry whom you feel are a positive example for us all.

“The church becomes something entirely different in this setting,” she said. “It becomes a safe home for the people who have no idea how to deal with this environment. They are asking themselves, ‘How do I fit in?’ I experienced this as well when I moved here. It was interesting and life-giving, but it was also very hard. I don’t know how I would have done it without my faith.”

She says it’s a reminder of the lesson she learned while teaching teenagers in Puerto Rico.

“Your life as a Christian doesn’t end when you get out of church—that’s where it begins.”