Revision of Directory for Worship sent to 221st General Assembly (2014) for comment, study from wider church 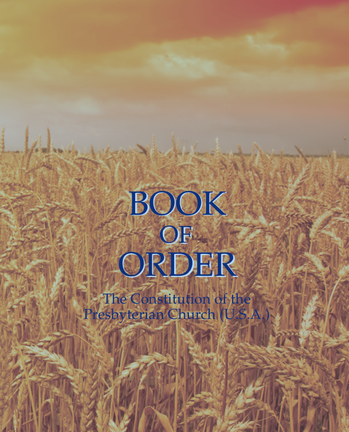 The Presbyterian Mission Agency Board recommends that this summer’s 221st General Assembly send a revised Directory of Worship to the larger church for comment and study. If approved, the revision would be added to the Book of Order at the 222nd Assembly (2016).

“This proposed revision is an attempt to convey the heart of Reformed faith, life and worship in a way that is clear, direct and engaging,” said David Gambrell of the office of Theology and Worship, which worked on the revision along with the Office of the General Assembly.

Gambrell described the revision as a “more accessible, user-friendly” directory.

“We’ve sought to open it up by streamlining the organization, simplifying the language and reducing the length from 27,000 words to approximately 16,000,” he said, adding that the revision provides for a broader range of worship styles and cultural expressions yet remains “authentically Reformed.”

It begins and ends by giving glory to God, focuses on the crucified and risen Christ and highlights the work of the Holy Spirit while insisting on the centrality of Scripture, the unity of Word and Sacrament and the Reformed themes of grace and gratitude.

“As the church studies this and takes it to heart, we pray that, by the grace of God, it will help to forge new connections between what we believe and how we live—between our adoration in the sanctuary and our action in society,” Gambrell said.

The mission agency board recommended that all comments on the revised Directory of Worship should be directed to the office of Theology and Worship and the Office of the General Assembly by July 1, 2015.

“Study and comment on this revision will give us the opportunity to reintroduce the Directory of Worship as a gift to the church,” Gambrell said. “We hope that new worshiping communities will be able to find clear guidance and teaching on the basics of Reformed worship; that existing congregations will be able to find fresh inspiration for vital, vibrant worship and that multicultural communities and new immigrant fellowships will find encouragement to teach the church new patterns of prayer and praise.”

This revised Directory of Worship came out a call from the 216th General Assembly (2004) to determine its effectiveness in guiding authentically Reformed and culturally appropriate worship.

Following advice from mission agency staff members, the 217th General Assembly (2006) recommended it be rewritten in a shorter, better organized form. The response to this recommendation was delayed as the church considered and adopted a new Form of Government.

Notably, the revision makes no changes to the section on marriage in the denomination’s current Directory for Worship, as this issue will receive separate consideration at the upcoming Assembly.