Home News Participating in the dance of life

Participating in the dance of life 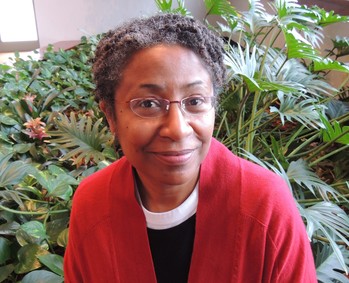 “Is Jesus your dance partner?” Ingrid Reneau Walls asked July 20 when speaking on the hymn “Lord of the Dance” at New Wilmington Presbyterian Church during worship.

The service was a part of the kick-off for the 109th New Wilmington Mission Conference, where Presbyterians of all ages come together for a week to learn about the mission work happening in the church. The conference is meeting here July 19-26.

A mission co-worker in Ghana, Walls is a research fellow at the Akrofi-Christaller Institute of Theology, Mission and Culture.

One of Walls’ goals is to contribute to the development of Christians and Christianity in the fundamentally primal cultures of South Sudan’s cattle-keeping communities.

“The spiritual leaders remind me of Old Testament seers,” Walls said. “They would be very powerful Christians if they came to know the Lord.”

Walls spoke of the unconventional path that led her to serving as a mission co-worker.

“I can see God choreographing our lives, if only we’ll let Him,” Walls said. “That certainly has been my journey.”

Walls was born in Belize and spent her early years there. Before entering middle school, she moved to the United States and was educated there. After graduating from college, Walls planned to enter seminary, but instead ended up at Rutgers University, where she earned her master’s degree and Ph.D. in African and 20th century literature.

Walls then began teaching at the University of North Carolina.

“While teaching, I felt that the Lord was calling me through friends that I had that were missionaries,” she said.

Eventually, Walls found that her call was to use the skills she had accumulated through her education and life experiences to serve as a mission co-worker.

Walls began serving in Sudan in 2007, where she worked as a mobile trainer for a number of years. Her role was to train adult literary teachers and improve their English before she moved to Ghana for her new assignment. She also worked to improve the educational structure in Sudan, as it had been ravaged by the 22-year civil war.