Home News ‘From the brink of death to life’

‘From the brink of death to life’ 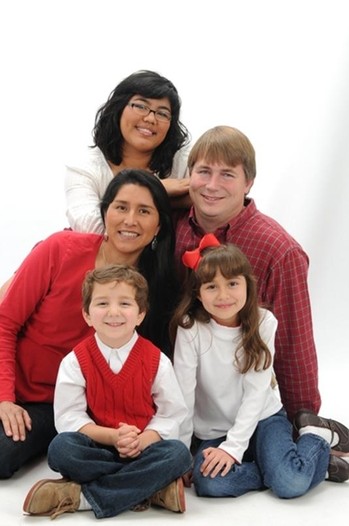 The thousands of unaccompanied Central American minors making their way into the United States this summer have drawn more attention to the U.S./Mexico border and sparked political controversy.

But for those who live in that context daily — including Presbyterian Church (U.S.A.) mission co-worker Mark Adams — the border can be a place of reconciliation, not division.

“The border has given me eyes to be able to see that one of the scriptures Jesus has called us to is crossing borders,” said Adams, who has worked with Presbyterian border ministries for 16 years. “People of the border have taught me that God can and does work in surprising places.”

By his own acknowledgement, Adams is an unlikely border missionary. Growing up in South Carolina, he didn’t have a broad worldview and resented taking Spanish classes in high school: “If anyone wants to speak to me, they can speak Southern,” he said of his attitude at the time.

But he began to consider how his life should reflect his Christian faith, focusing particularly on Galatians 3:26: “For in Christ Jesus you are all children of God through faith.”

“If that’s true, why doesn’t my life reflect that?” Adams wondered, extending that thought to the church and noticing that many congregations seemed to be segregated by race and socioeconomic status.

During college, Adams served as youth director at a church with a relationship with Proyecto Amistad, another Presbyterian Border Region Outreach site. Adams had the opportunity there to volunteer on the Texas/Mexico border as a short-term missionary.

“I didn’t have much to offer,” he said, adding that he didn’t speak Spanish well and had no practical skills. “Despite all this, I was received as a brother in Christ.”

During his time at Proyecto Amistad, Adams stayed with a host family whose children gave up their bedroom for him. He learned how closely God can bring people together, and “I realized I’d be back on the border someday.”

After finishing seminary, Adams took the position at Frontera de Cristo that he holds today.

‘From the brink of death to life’

Working on the border has taught Adams to keep his eyes and ears open to the possibility that, despite difficult circumstances, people can have visions for the future.

He spoke of an experience he had last summer with a man named Ernesto. Adams would see Ernesto at border crossings and around the area and knew that he was quickly deteriorating because of a drug addiction. Adams offered to take Ernesto to CRREDA, a drug and alcohol rehab center that partners with Frontera de Cristo. After refusing to go to CRREDA for many months, Ernesto finally went and is now on the road to recovery. He asked Adams to share his before and after photos with others.

“‘I want you to show folks that God can bring you from the brink of death to life,’” he told Adams.

When preparing to lead a preaching workshop, Adams met with Ernesto and Napo ― a recovering alcoholic who was once so near death that he was put in a body bag ― to read Mark 5:1-20, in which Jesus heals a man possessed by demons.

“It was really fascinating to hear them think about that scripture,” Adams said, adding that Ernesto and Napo became his resources for leading the workshop. “You recognize that the power of God to heal and redeem is not limited.”

Blessed to be a bridge

Through Frontera de Cristo, Adams does a lot of immersion work with churches, seminaries and schools that want to better understand the U.S./Mexico border.

“Our hope is that as people come to our border, they’ll understand the larger issues,” he said, adding that education about U.S. foreign trade, border and immigration policies is essential.

But Adams also hopes to reach beyond ideology and focus on relationships — to help connect people who don’t think they’re connected, often because of spiritual or economic barriers

“We want folks to begin to see the borders in their own communities,” he said, adding that many immigrants from Mexico and Central America end up in non-border communities across the country.

During this summer’s 221st General Assembly, Adams — whose wife, Miriam Maldonado Escobar, is also a PC(USA) mission co-worker — preached about their work on the border and how they feel blessed to serve there.

“When people hear about the border, oftentimes people think about danger or division or drugs or death — but not good things. There is division, fear, death, drugs,” Adams said.

“But I see the border as a place of encounter, where God manifests God’s self in incredible ways — and where the church is called to be.”