Home News Voices from the border and beyond

Voices from the border and beyond

Along the U.S.–Mexico border, a Presbyterian congregation becomes home to women and children fleeing violence and poverty. 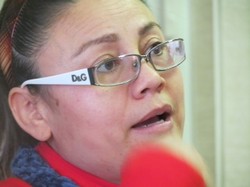 Rosa, already a mother, was older than Patti when she first crossed the U.S. border. Local authorities pulled her over in a traffic stop and threatened to take away her two small boys, ages 4 and 7.

At the same time, Alison Harrington, a Presbyterian pastor and mother, watches as families she knows and loves, families like Patti’s and Rosa’s, are torn apart by the immigration policies of her government. From her house window, she smiles as her kids play with their kids—until they’re snatched away.

These are the first stories we hear as we, a motley crew of concerned Presbyterians, reach the U.S.-Mexico border in Arizona. We’re here to learn about the complexities of the current human crisis that is sending thousands of people, many of them women and children, from Mexico, Guatemala, Honduras and El Salvador to the U.S. for refuge.

From January 23 to February 1, the Voices from the Border and Beyond seminar, organized by the Presbyterian Mission Agency, will travel the border, inviting participants to listen to the often-unheard voices of the women and children who make the terrifying and risky trek north. The seminar includes conversations with Presbyterian Border Region Outreach as well as ecumenical partners in Guatemala and El Salvador. 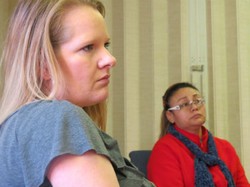 From these refugees and partners in ministry, participants will learn of decades of poverty, failed government policies, broken families, lack of protection for children, and violence plaguing Central America’s northern triangle.

For now, though, they are simply listening to stories—ones that are rooted in the original sanctuary movement. In Tucson, that movement goes back to the 1980s, when now-retired Presbyterian pastor John Fife helped turn Southside Presbyterian Church into a safe place for Central American refugees fleeing persecution and death.

Fife and others were eventually convicted and imprisoned for illegally transporting Guatemalans and Salvadorans into the U.S. and harboring them from the law. To this day, he carries the word felon beside his name. But for Fife, it was a simple matter of faith.

“Originally it all started by Quakers coming to me and saying ‘If you are Christian, you should help those [coming] across our border by offering them protection until they are recognized by our government.’ ”

‘Where is our mother?’

Offered sanctuary in the ’80s by Southside, Patti and her family survived—but not without their share of trauma.

Patti’s father had been fighting for decent wages for Guatemalans employed by the United Fruit Company when he was abducted and badly beaten. Knowing their lives were in danger, he and his wife left Patti and her sister with their grandmother, while they made their way to Mexico with their son.

“We kept crying out,” Patti recalls, “‘Where is our mother? What happened to our father?’ We thought they were dead.”

Eventually Patti and her sister received a letter saying her mother and father wanted to reunite with them. “We didn’t know if we could trust it,” she says, tears welling in her eyes. “What if it was a setup for the rest of us to be killed?” 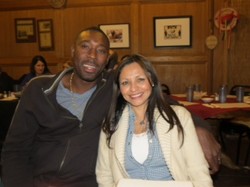 Knowing the risk, Patti and her sister traveled to Mexico and were reunited with their parents and brother. Then, when she was 10, she and her family made a two-month journey to the U.S. and were smuggled in by the same Quakers who had originally inspired John Fife and his congregation to join the movement.

“I am so grateful for what Southside did for us,” says Patti, now married to former Major League Baseball pitcher Lorenzo Barceló, who emigrated from the Dominican Republic. “It’s come full circle. I am a mom now. We are all very blessed.”

‘Why is this happening to me?’

Today, it’s Rosa who’s being sheltered at Southside. Before being stopped by police in 2010, Rosa had made her living by cleaning houses in the U.S. After she couldn’t supply any identification papers to the police, she was detained for 60 days.

Then Rosa started hearing stories from others in the detention center of walking through the desert, of women being raped and threatened with death.

“I stopped asking ‘Why me?’” she says. “I began to think that somehow I wanted to give back from what I’d been given.”

Calling it a “miracle” that she was released from detention, Rosa is determined to stay with her boys, who are now 7 and 11.

After a lengthy legal struggle, she was facing deportation. As a final resort, she asked for and received sanctuary. As of today (Jan. 27), she’s been at Southside for 172 days.

“It’s unfathomable to me, that mothers can still be separated from their children, like this,” says current Southside pastor, Alison Harrington.

“A cabinet member at the Arizona Department of Homeland Security knows Rosa well. She’s not a top enforcement priority. We’re hoping she can stay.” If permitted to stay, Rosa will have to apply for a work permit every year.

Passionate about protecting human dignity, Harrington’s voice cracks with emotion as she speaks about being a young mom like Rosa.

“I kept thinking about her and her children as I spent time with my kids at the zoo and celebrated Christmas—about the privilege I have as a U.S. citizen.

“We judge mothers for the decisions we will never have to make, yet Moses’ mother, who put him in the river in a reed basket to save him from slavery, is celebrated as a biblical hero—because she trusted God with the life of her child.”

Harrington and Southside have worked hard to make sure Rosa is cared for—and that she can spend time with her children and husband while they wait in hope for a positive outcome. 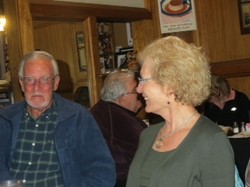 Not all Presbyterians of course agree on how to respond to the growing crisis that has enveloped Rosa and so many others. Some are worried about the practical matter of sustaining a growing population and maintaining immigration law. But Southside and other Presbyterian communities hope that while we negotiate the finer details of policy, we do not forget the very real human lives at stake—or our own biblical command to care for the immigrant in our midst. (For more on this topic, watch the documentary Journeying in Hope.)

“To hear how the sanctuary movement started, how brave they were, is remarkable,” says Linda Valentine, executive director of the Presbyterian Mission Agency, who is on the trip.

“When Alison [Harrington] was talking about the privilege we have, it really struck me. We can use that privilege for good—but power can also be used in harmful ways.

“Some 30 years later we are here seeing the good that has come in the lives of Patti and others. We wait to see the outcome of other lives that are dear to us.”

Editor’s note: Next we’ll hear from Mark Adams, who works with his wife, Miriam Maldonado Escobar, as a mission co-worker with Presbyterian Border Region Outreach in Agua Prieta, Mexico. After that, we’ll travel to Guatemala and El Salvador with Voices from the Border and Beyond.