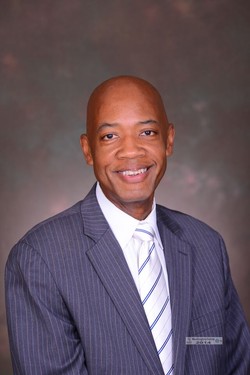 One short week following the fall meeting of the Committee on Theological Education (COTE), the Rev. Paul Timothy Roberts Sr., president of Johnson C. Smith Theological Seminary (JCSTS) in Atlanta, was still in a reflective place.

And perhaps that’s just the place where this self-proclaimed “change agent” always finds himself.

He said that to function in his job—a position he has held since the spring of 2010—requires “a nutty kind of thinking and fortitude” as he seeks to reinvent not only the historically African-American seminary but also, in a very real sense, the face of theological education itself.

What that looks like at JCSTS—an institution that traces its roots to Freedmen’s College, founded in 1867 by Presbyterians in Charlotte, N.C.—is nothing short of radical.

“We have gotten out of the MDiv [master of divinity] business,” Roberts says, referencing the seminary board’s April 2014 decision to withdraw the institution from the Interdenominational Theological Center (ITC), a consortium of six historically African-American seminaries with which JCSTS has been affiliated for the past 45 years. “When we left the consortium, we effectively left behind many of the markers associated with conventional seminaries because for us it was a brand new day. It was hugely important for us to take some time to envision what God was revealing to us.”

Roberts says that he will never forget the day of the trustees’ meeting, when—after many months of preparation, study and prayer—they voted to end the relationship with ITC.

“I wept,” he says. “And a few trustees who were also graduates of Johnson C. Smith were weeping, too. Our mourning began the minute we took that vote.”

Within hours of releasing the news, Roberts says that he became aware of others who were grieving, angry and hurt.

“The aftermath of the decision was very difficult from a relational point of view,” he says. “For six months afterwards, we were doing a good deal of bridge building and public relations work to tell our story and make sure that our constituents got a fair hearing.”

The decision was a complex one. Reaching an understanding of the seminary’s unique gifts and identity within the larger context of PC(USA) theological schools was a major factor.

“Because the MDiv does not have the cachet that it once had and because there are great institutions that have great MDiv programs, we felt called to pursue a different model of theological education in part because we didn’t want to be in direct competition with these wonderful institutions,” he says. “For us, it did not make economic or spiritual sense to be part of a connectional church and regard our sister institutions as competitors.”

Yet even as the seminary and its constituents continue to mourn the loss of its programmatic identity, Roberts is convinced that a season of rebirth has begun. 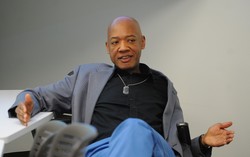 One harbinger of that rebirth is the seminary’s Institute for Worship, Preaching, and Sacred Arts. Its genesis, deeply rooted in JCSTS’s history, is an integral part of the institution’s new direction.

“As we were contemplating our radical shift, every consultant that we worked with invited us to answer the question, ‘What’s unique about Johnson C. Smith Seminary?’ ” says Roberts. “On the short list of unique qualities that this institution has is its African-American identity. The seminary was born in the wake of the Civil War to help freed slaves read and write. Institutionally it grew thanks to the benevolence of Presbyterians up and down the East Coast, and a seminary eventually emerged.”

Roberts says that for the overwhelming majority of its life—some 148 years—JCSTS has primarily, although not exclusively, served the needs of a disenfranchised population: African Americans.

“It is clear that there are now lots of people who are black, white, Latino, Asian, gay, straight and transgendered who feel disenfranchised,” he says. “It’s not just a race thing anymore. Johnson C. Smith ought to be able to speak to that in a tangible kind of way.”

Roberts also believes that when considering the forces and the racial dynamics of this country—notably the policing of African-American men and the educational statistics facing children—JCSTS should be able to speak to the present context.

“Johnson C. Smith ought to be able to do more than talk about these issues,” he says. “It should be an institution positioned in such a way to have an impact to lobby for the betterment of these circumstances.”

To accomplish that, Roberts says the seminary decided to “jump in” with worship. “The African-American church has a unique perspective on Scripture and on humanity and on justice. It’s not the only one that matters, but it’s a unique quality, and that quality manifests itself in the way we worship. If you ask, ‘How do those unique qualities of the institution manifest in the church, its rhythms and its routines?’ they manifest in worship.”

Historically, Roberts says, African-American worship has been the one place where black people have found expression for their hurts, hunger, and frustrations.

“The institute will be a space where interested parties can really understand African-American worship, an institution born of the black church,” he says. “We want to be the kind of place where anybody interested in the intonations, the musicality and the exegetical method of the African-American preacher or worship leader can go and study that and learn it and take it back to their respective contexts, regardless of their racial ethnic background.”

Since plans for the institute were first announced in January, the seminary has been building up the infrastructure needed to launch the program. A convocation will be held during Advent, an auspicious season for the seminary’s rebirth.

“We have a lot of excitement around this,” Roberts says. “I hope that it has the kind of impact we believe that it can have. The institute is a unique thing that Johnson C. Smith brings to the table when the PC(USA) seminaries get together around the COTE table.”

Reflecting on COTE’s Sept. 21–23 meeting—and on the subsequent “Call to the Church” issued by Heath Rada, moderator of the 221st General Assembly (2014), proposing a comprehensive cross-agency study of the budget, operation and purposes of the PC(USA)—Roberts spoke frankly.

“It was a great call to action on the moderator’s part,” he says. “It’s kind of frightening, but I think it’s exactly the kind of conversation that a moderator should be engaging with us. Just as Heath has given us a challenge, I think all of us ought to be challenging one another.”