Home News New book by PC(USA) author: ‘Reflections on the Health of the Church’

New book by PC(USA) author: ‘Reflections on the Health of the Church’

Hector Rodriguez shares experiences from his career in church vitality 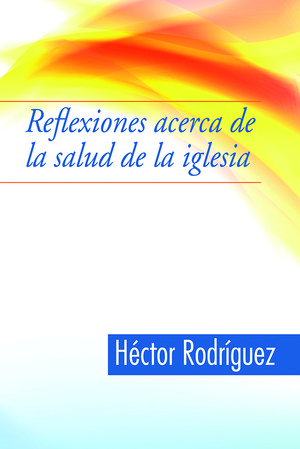 “If we want to be healthy, let’s start inside with discipleship, and after that go outside,” says the Rev. Dr. Hector Rodriguez. “If we don’t want to go outside [our church buildings], we are a dysfunctional church.”

Rodriguez, the Presbyterian Church (U.S.A.) mission associate for Hispanic / Latino-a Congregational Support, has authored the new book “Reflexiones acerca de la salud de la iglesia” (Reflections on the health of the church), a series of compiled observations and recommendations to church leaders from his career as a pastor and mentor in the Presbyterian Church.

A native of Puerto Rico, Rodriguez was ordained in 1979 by the Northwest Presbytery in the Synod of Puerto Rico. He continued with theological education in the U.S., obtaining a D. Min. in church revitalization from McCormick Theological Seminary in Chicago. He served as pastor of Iglesia Presbiteriana El Redentor (Presbyterian Church of the Redeemer) near Orlando from 1986 to 2001 when he was called to lead the Hispanic ministries at the PC(USA).

In his role, he has served as a consultant and companion to hundreds of Spanish and Portuguese speaking congregations. Though Rodriguez notes many congregations, now attended by fourth or fifth generation immigrant populations, are English speaking even as they continue to represent their Latino/a heritage.

Rodriguez says his role at the PC(USA) is fueled by his passion to assist mid councils, presbyteries and congregations. 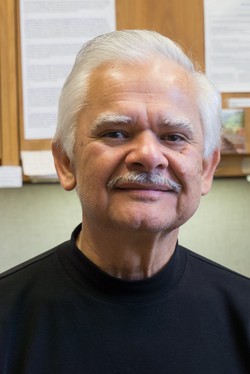 His new book, currently available only in Spanish for now, explores key traits Rodriguez has found in healthy churches, and offers encouragement for congregations that find themselves stuck in a rut of growth or vitality.

“The time we are living in now, there is a lot of dysfunction in the church,” he believes. “[Decline] is not a Presbyterian problem—it’s happening to Presbyterians, Lutherans and Methodists, in all the mainline churches. They are aging and they don’t have the enthusiasm or ambition to go outside for a new generation… There are a lot of churches that don’t have a vision to do something new.”

To counter this dysfunction, Rodriguez structured his book to guide churches and church leaders through an inspection of their mission and priorities, programs and personnel, outreach and community values.

Asked to encapsulate key recommendations from the book, Rodriguez cautioned against a one-sentence summary, but spoke to the project’s genesis.

“I felt that this was the time,” he says of his experience and recent publications that influenced his decision to begin the book. “Not only [for the church] to want to be healthy, but to share that health with the people outside. We are here because of them—that’s God’s call. The church is not dead.”

Adding to his hopes for how the book will be used, Rodriguez focused on the last chapter and spoke to the eschatological nature of the church—serving in the time between Jesus’ ministry on earth and the Christian anticipation of his return.

“God called us to be here, we are the church,” Rodriguez says of the church’s continued mission. “We need to do something—more than stay in our four walls of the church building and worship God for us, sharing the peace for us, drinking the cup for us!”

“Jesus didn’t say ‘nations come to the church.’ The Bible says ‘go to the nations,’ and that is our call in the meantime.”