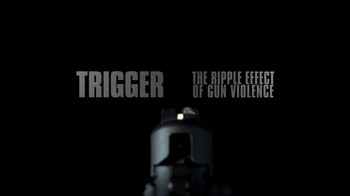 The statistics are staggering: 48 children and teens are shot in murders, assaults and other gun-related interventions every day in the United States. Include adults, and that number shoots up to 300 per day of which approximately 90 will die. The numbers equate to more than 2,600 kids and 32,000 people dying annually from gun violence. While recent mass shooting events in San Bernardino, California, and Umpqua Community College in Oregon garner the media’s attention, the numbers suggest a systemic problem that extends well beyond the sensational events that polarize advocates on both sides of the gun debate. Presbyterian Disaster Assistance’s “Trigger: The Ripple Effect of Gun Violence,” is a documentary film that congregations or groups can screen to their constituents in order to create awareness and discussion around individuals and communities affected by gun violence.

“Trigger is intended to wake people up,” says David Barnhart, the film’s producer and director, and an associate in the Presbyterian Church (U.S.A.) PDA ministry. “One of my greatest concerns is that we, as a society, have become numb or desensitized to the shootings that are happening every day and just accept it as the way it is. Every time a shooting happens, I think about the people I know who have lost everything they love to gun violence and how it continues to devastate families and communities every day. Gun violence has become a public health crisis in this country and some kind of common sense and common ground must be found.

The film is inspired in part by Gun Violence and Gospel Values: Mobilizing in Response to God’s Call, a report approved by the 219th General Assembly (2010), which addresses a community-based strategy for dealing with gun violence. “Trigger” spotlights not only those immediately impacted by gun violence, but others who are affected behind the scenes including chaplains, law enforcement personnel, and surgeons.

Chicago has one of the worst gun violence rates in the country. Mid-year, its incidence of gun violence doubled that of New York and Los Angeles combined, most occurring in the south- and west-side neighborhoods teeming with street gangs and drug dealing. McCormick Theological Seminary in Chicago recently screened “Trigger” to an audience of approximately 80 people as part of an overall community effort to address urban violence. Screeners say feedback was overwhelmingly positive.

“The audience appreciated that the film provided a broad spectrum of people who are affected by gun violence,” says Rev. Nannette Banks, the Director of Alumni and Church Relations at McCormick. “It wasn’t just a film about African American mothers wailing in the streets over the death of their son, and there was no sense that one episode of gun violence was more tragic than another.”

“Trigger is a very timely and very relevant film documentary, and it’s an excellent entry point to start a conversation for those who don’t know how to start a conversation,” continued Banks. “There’s also curriculum available which is helpful for congregations or youth groups to use alongside the film, it guides you through various activities and sessions. It’s accessible and makes sense wherever one might be on their journey or experience with gun violence.”

As a follow-up to its “Trigger” screening, McCormick partnered with a local church to host a session titled “My Life Matters,” where lawyers and law enforcement spoke about getting home safely and how to respond to police. Banks said they plan to continue to sponsor and participate in similar events throughout 2016.

Earlier this year, Rev. J Herbert Nelson, the Director of the PC(USA) Office of Public Witness held a webinar on gun violence and reminded Presbyterians they have a responsibility to broaden relationships with other faith communities to help prevent gun violence.

“Our church can and should lead the way in the broader faith community to the creation of a broad-based social movement to prevent gun violence, beginning with and led by an opening to the Holy Spirit and drawing its strength from the grassroots, especially people in the pews,” said Nelson. “Such a coalition of congregations and other faith communities can take practical, direct action on local levels while generating critical change in cultural norms and attitudes towards guns, their possession, distribution and use.”

Since it was released “Trigger” has been screened hundreds of times across the country and was selected for the “Horizons of the Spirit” series on NBC. It was also chosen for the Martin Luther King Jr. D.R.E.A.M Film series.

Click here to view the three-minute trailer of “Trigger.”

To purchase a “Trigger” DVD and a complete study guide, or to download additional resources, visit http://triggerdoc.com. To acquire a screening kit or get assistance in organizing a screening in your community, email peacemaking@pcusa.org.