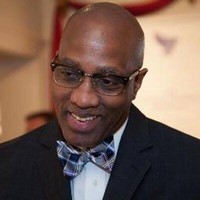 The 2016 presidential election campaign has been underway for nearly a year, but the coming months will see campaigns kick into high gear as voters begin to react to what they’ve seen and heard from the candidates.  The Rev. Dr. J. Herbert Nelson, director of the Presbyterian Church (U.S.A.) Office of Public Witness, says he believes four key issues should be the major focus leading up to next November.

“Gun violence in the U.S. should be the top concern of our candidates. When we think about what has happened on our college campuses, movie theaters and other public venues, all of us are at risk when guns are in the hands of individuals who should not have them,” he says. “For the issue of safety, that needs to be addressed by all campaigns as to how they will deal with it.”

Nelson notes the PC(USA) General Assembly supports common sense gun legislation which includes universal background checks and a re-instatement of the ban on assault rifles. He says many of the killings in the past year could have been avoided if those checks were mandated.

The second major issue for presidential candidates should be climate change, according to Nelson.

“Despite those who refuse to acknowledge climate change, I think the evidence is very clear we are facing difficult times with regards to the damage we have done to the environment,” he says. “Someone must have the intestinal fortitude to challenge corporations to get emissions under control. Each of us needs to take more responsibility in our own homes with regards to climate and energy and the types of devices we use every day.”

Nelson adds that the church has long focused on the significant choices the public must make between corporate power and people.

“We are to promote life and promote it more abundantly, that’s what faith is about. If we know that change in climate is killing people, we certainly know that it is not an abundant life,” he says. “The challenge for general populations and the world is to recognize that corporations have the right to make money but they should never do that at the expense of people’s lives.”

The challenges facing the world community will be among the top issues of our next president, says Nelson, pointing to the manifestation of ISIS, reception of Syrian refugees and continued work in Sudan among others.

“People are dying in senseless wars where people do not value human life,” he said. “The presidential candidates must have a desire to solve global crises, not through fighting or escalating the fighting, but come to some level of peace and do it in a manner that represents God’s intent.”

Finally, Nelson stated that because of the General Assembly’s long-standing commitment and concern on the issue of wages, wage earnings should be a major focus of the campaign in 2016.

“We are in a climate where the government is the largest employer of low wage workers. It is horrendous for us to stand at a rally for better wages, while custodial crews work in cafeterias, clean the offices of members of the cabinet, and yet, still live in homeless shelters because they are unable to afford a place to live,” said Nelson. “They don’t make enough money to juggle the expenses they have to have in order to live here.”

Nelson adds that the U.S. has placed these workers in a position where they will never be able to sustain an abundant lifestyle, based on the earnings they receive. He reaffirms decades of church support to address the poverty and joblessness that have consumed numerous communities.