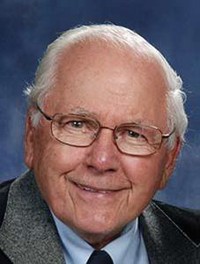 The Rev. Dr. Robert (Bob) D. Nicholson was elected president of the National Continuing Care Residents Association (NaCCRA) at the group’s annual meeting Nov. 1, 2015 in Boston. NaCCRA is an organization of retirement community residents united to support one another through building a strong network of information sharing, friendship building, and advocacy for resident rights. Nicholson previously served on the NaCCRA board as a director for nearly four years. During most of his tenure, he served as vice president of membership.

In a statement following Nicholson’s election, the Association said, “As president, Dr. Nicholson brings a wealth of experience to his new role with NaCCRA. He is a true advocate of the continuing care model. His passion for spreading the word on the mission of NaCCRA has been instrumental in the association’s significant membership growth during the last two years.”

An ordained minister in the Presbyterian Church (U.S.A.), Nicholson is a member of the Presbytery of Seattle and long-time leader in both the PC(USA) General Assembly and Synod of Alaska Northwest arenas. His church service includes work in Alaska, New York, California, Tennessee and Texas domestically, and overseas in Switzerland.

Nicholson holds the highest volunteer award in the Boy Scouts of America, the Silver Beaver; is a 35-year veteran United States Soccer Federation Referee; and recently completed a term of service on the Amtrak National Customer Advisory Committee. He currently resides at Aljoya at Thornton Place in Seattle, Washington.

The Presbyterian Older Adult Ministry Network is a gathering of volunteers engaged in ministry with older adults. They work in presbyteries and synods, are leaders in congregations, and some serve in specialized ministries such as chaplains in care facilities and presbytery staff who are involved with older adult ministry committees. In 2011, POAMN signed a Covenant Agreement with the office of Church Growth of the Presbyterian Mission Agency, Presbyterian Church (U.S.A.)

The Presbyterian Association of Home and Services to the Aging, a part of PHEW, interfaces with more than 400 Presbyterian affiliated facilities in the United States, offering a full range of services.

For information about the Presbyterian Association of Homes and Services for the Aging, contact Ann Philbrick, Associate for Church Transformation, at ann.philbrick@pcusa.org.