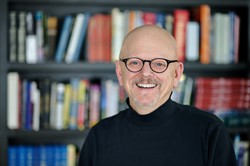 How times have changed.

Historically, Presbyterians and those who stand in the Reformed tradition were bound together primarily by a shared theology and a common theological vocabulary, observes Gary Neal Hansen, associate professor of church history at the University of Dubuque Theological Seminary.

Increasingly, however, Hansen maintains, the church’s historic commitment to the way of theology has ceded to the way of politics, pragmatics, and institutional preservation.

“Over time, we in the American churches have evolved away from our shared theological heritage,” says Hansen. “We need that common theological vocabulary for the sake of the integrity of the faith that we share. If we don’t have it, then we’re merely held together by the tenuous threads of a common polity. Then, when you have people that really believe radically different things about the nature of the gospel and about the mission of the church, and they’re held together only by the agreements of how they’re going to do business, these are fragile links. But when you get people who are actually living and thinking their way into the faith through theological dialogue and conversation, they’re building the core strength that unites them.”

Hansen recently had the opportunity to practice what he preaches—and what he also teaches at the PC(USA)-related Dubuque Seminary—by leading a retreat last month for the pastors’ study group of the Presbytery de Cristo in Southern Arizona.

But Hansen was preaching to the choir.

The pastors’ group already had a longstanding commitment to ongoing theological dialogue.

Six years ago when Sue Westfall was called as presbytery pastor and stated clerk for the Presbytery de Cristo, she built on work that had already been done prior to her arrival by issuing an invitation to all of the pastors in the presbytery to convene monthly for Biblical study, prayer, fellowship, and intentional learning.

“In a church, a nation, a world, that is deeply divided and even polarized and alienated from one another, the church has the opportunity to model a different way, a better way,” says Westfall. “My hope [in convening the group] was to create a safe space for the pastors of the presbytery to truly encounter one another, encounter Christ in one another, and to direct our attention to the pressing matters of God's mission in the world. The pastors proved eager and willing, and from the very first gathering. I was astounded at how willing they were to let down their guard and be open, honest, and vulnerable with one another.”

Westfall—who currently works for Macedonian Ministry, a nonprofit dedicated to "pastoral renewal for congregational transformation for community impact" using the model of a three-year mentored cohort of pastors who covenant together to meet monthly for prayer, Biblical refection, intentional learning, and mutual support—contends that people are “soul-weary from fighting and long for community.”

“In the Presbytery de Cristo, their differences of theological or of any other opinion did not go away, but in the end they chose not sides but one another,” she says. “This was God's doing, and if I had a role, it was simply in bringing them together in a way that explicitly valued and respected each person as a beloved child of God.”

Larry DeLong, pastor of Valley Presbyterian Church in Green Valley, Arizona, is one of “the Transformers,” which he describes as “a sort of semi-official group within de Cristo that has been working for nearly 10years to make de Cristo a more faithful presbytery.”

“Even in a presbytery this small—less than 30 churches spread over southern Arizona and a piece of New Mexico—we did not know each other well,” says DeLong. “It is always easy to get parochial and see your congregation as the center of your ministry universe. And although de Cristo is incredibly theologically diverse, we get to know and love each other as people. Peculiar, yes, because we’re pastors: We’re opinionated, we’re educated, we know how to argue and debate, but we also know how to laugh—with, at, and for each other. Just in the six years I’ve been here, presbytery meetings have gone from arguing sessions to educational, functional, fellowship community events that honor Christ.”

In a blog entry reflecting on his experience in de Cristo, Hansen writes, “ . . . Amid all the conflicts and divisions of the denomination, [de Cristo] tells me they lost only one congregation. I strongly suspect that this group of pastors who study theology together has been a key part of that.”

That’s the power of engaging in theological dialogue.

A power that has long been recognized, acknowledged, and encouraged by the Presbyterian Mission Agency’s Office of Theology and Worship, most recently in the introduction of “Theological Conversations,” a new series of occasional papers that will debut on Pentecost Sunday, May 24,  with “Mary, the Magnificat, and Race,” by Cindy Cushman.

“I think the Song of Mary is a fantastic place for theological reflection as a denomination,” Hansen says. “There is nothing more foundational than the moment when the incarnation of Christ was announced, full to the brim with implications for today's issues of class and race.”

Cushman, a PC(USA) teaching elder who currently serves part time as coordinator of the Presbyterian Mission Agency’s Small Church Residency Program and as part-time interim pastor of Chapel Hill United Church of Christ in Louisville, Kentucky, has spent most of her career serving small congregations and has previously worked in the field of foster care. Cushman and her husband, Kerry Rice, have six children, two biological and four whom they adopted from foster care. As a white parent of African American and biracial sons, Cushman confesses in her paper that the issue of race is a deeply personal one.

“We in the church need to figure out how to think theologically about issues such as race and learn to have hard conversations in ways that are fruitful and increase understanding rather than cause further division,” Cushman says. “If we can’t do it in the church with members of a community whom we love and trust, how can we be expected to do it out in the world?”

The four sets of materials to be released throughout 2015—each is a study resource with accompanying conversation questions—are designed to invite congregational leaders in the PC(USA) into theological conversation wherever they gather as sessions or presbyteries or for adult education in congregations.

“One of the enduring characteristics of our tradition is the deep desire to engage important issues theologically,” says Charles Wiley, coordinator of the Office of Theology and Worship. “We hope that ‘Theological Conversations’ will serve to deepen our faith and focus our faithfulness."

Hansen says that what most often keeps Presbyterians from doing theology together is past bad experience.

“We’re in such a fraught time in the PC(USA),” says Hansen. “I ended my blog post [on the de Cristo retreat] with a plea for us to engage in theological discussion in order to build core issue strengths among our members, saying, ‘It’s not too late.’”

Toward that end, Hansen has offered anyone who subscribes to his blog a complimentary eBook version of his newest book, Love Your Bible: Finding Your Way to the Presence of God with a 12th Century Monk, a resource he commends to groups seeking closer engagement. 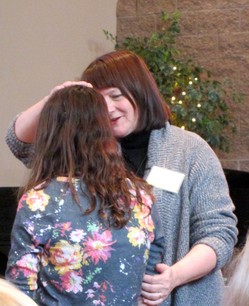 “The experience that I have had with presbyteries is that people come for the hot issues under discussion,” Hansen says. “There’s a lot of politicking and choosing of sides, but there’s not actually much theological dialogue that happens. Presbyteries try as organizations to remedy that and work against that pressure by having worship and by sharing together at the Lord’s Table, but all of that is so little proportionately compared to the amount of sheer business we force ourselves to do. It actually takes a substantial shift of energy to begin living into a different priority. There’s a lot of pressure against it.”

Lesley Abrams, a commissioned ruling elder who serves as pastor of St. John on the Desert Presbyterian Church in Tucson, Arizona, affirms—and has witnessed—the impact of having made that shift in the Presbytery de Cristo.

“When we gather for theological conversation, we're asking one another, ‘How do you read and interpret God's Word?’ says Abrams. “Most of the time, our so-called political differences can be attributed to how we read and interpret the Bible. Understanding one another's approach has proved to be enlightening. And we are learning directly how our diversity actually improves our unity. We're no longer liberal or conservative, Jew or Greek, slave or free, male or female. We serve our Lord together, deepened by the experience of knowing and loving one another.”

Click here to download the first paper in the “Theological Conversations” series, “Mary, the Magnificat, and Race,” by Cindy Cushman.