PC(USA) camps seek to offer places of restoration for victims 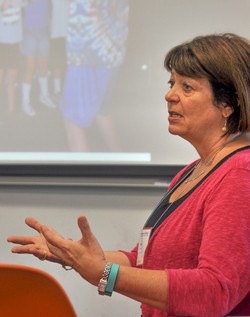 On March 24, 1998, two middle school students, 11 and 13 years old respectively, pulled a fire alarm and waited outside, intending to shoot their classmates as they filed out of school. Five were killed, including one teacher, and 10 more were injured. Sadly, the Westside Middle School shootings near Jonesboro, Ark., set a precedent for similar acts of school violence in the years to come.

Ferncliff, which focuses on hospitality, sustainability and outreach, has partnered with PDA to host numerous healing camps for children and youth affected by school gun violence since 1998. They were the first to develop a therapeutic camp model, spurred primarily by a mindset felt by executive director David Gill, camp employees and others in the community that “we have to do something” in the aftermath of the tragic shooting that rocked the small community of Jonesboro.

“Ferncliff started from the place that we have camps which speak to this situation,” says PDA coordinator Laurie Krauss. “Camps have physical activity, bonding with other children, mentoring and guidance, space for spiritual nurturing, creation, beauty and exercise are all ingredients for trauma healing. Their service to the church in helping youth build community and resiliency is invaluable. We're excited to partner with them. " 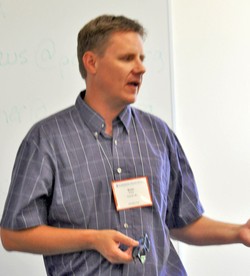 The presentation highlighted the criteria and protocols honed by Ferncliff staff and PDA over the years for organizing and implementing a healing camp model.

“Camp creates play space within the brain to move into a different state of mind,” says Brian Frick, associate for Camp and Conference Ministries with Presbyterian Mission Agency and workshop leader. “Play and laughter rewrites the pathways in the brain to a different state enabling one to feel pleasure, calmness and the ability to cope with life. Those traumatized may never get back to their old normal, but are able to cope much better.”

Workshop leaders talked about how camps can be amazingly effective healing places for survivors not only of school violence, but natural disasters and chronic trauma such as children of homeless families and children with parents in prison. Some of the elements of a healing camp program include, but are not limited to:

In April 2015, Ferncliff and PDA hosted a Responding to School Violence conference which gathered camp and conference leaders from Washington, North Carolina, New York, Texas and others around the country to learn from survivors of school shootings how to host healing camps.

“Having resources as a national church who are willing to be ready, just in case their services are needed, is a real testament,” says Frick. “Ferncliff is a great example of where I think camping ministry is going.”

According to statistics from April 2015, there have been nearly 200 fatalities of school gun violence since 1996.