International Peacemaker from Cuba is hopeful for church’s future 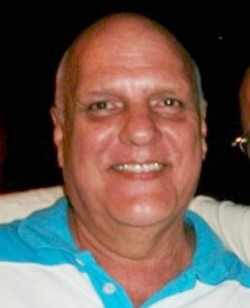 Presbyterians will be hearing words of encouragement from a Cuban minister this fall. Edelberto Valdés Fleites, a lifelong Presbyterian and pastor, is among the International Peacemakers visiting the United States in September and October.

Valdés Fleites pastors three churches and two missions while also serving as the executive of Central Presbytery and director of the synod’s Department of Programs and Mission in Cuba. In addition to his many professional hats, he has a strong love for country and God.

“I graduated as a biologist and worked in my carrier 27 years,” said Valdés Fleites. “For 19 years, I worked as an elder with pastoral responsibilities, so I had two jobs, with little free time.”

In the midst of political change and a thawing of relations between the U.S. and Cuba, Valdés Fleites believes there is still a lot of work to be done. He says the main challenges facing Cubans now are the economy and Cuba’s relationship with the U.S.

“We are changing from a socialist economy controlled by the state to one where we now have private business and state enterprises,” he said. “The political scenario has changed, but we have fears about the impact of new policy in fields like human values, national independence and the economy.”

Valdés Fleites describes Cuba as being more superstitious than Christian.

“In the Protestant field, Cubans started the historic churches: Baptist, Episcopalian, Presbyterian and Methodist,” he said. But when Cuba gained independence, tensions developed, he said. “When the revolution won in 1959, the Protestant churches were seen as American agencies and the Catholic Church as favoring the rich, so there were many problems between churches and the state.”

Valdés Fleites said the situation has improved since 1990, and the church has a stronger public image now. New congregations are being formed and social work has begun. Presbyterian Church leaders applauded the decision in July to reopen the U.S. Embassy in Cuba, but with cautious optimism, saying it was a work in progress.