“We are desecrating God’s world.” 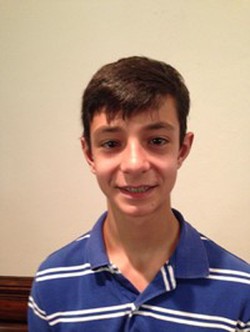 A Kentucky high school student has set aside speed and comfort and taken an environmentally friendly approach to his lawn care business and it has garnered the attention of Presbyterian Church leaders. Noah Wilding is a sophomore with a major interest in climate change. Instead of taking the quick and easy way of cutting grass with riding mowers and gas-powered trimmers, Wilding prefers to utilize a solar panel to charge his electric mower, trimmer and weed whacker. He also rides his bike to jobs, pulling his equipment on a cart.

He says he first took an interest in climate change when he was in the sixth grade and wasted no time learning about the cause. His father paid him to cut their two-acre yard with a push mower. He used the money to buy a solar panel as well as the necessary hardware and an electric mower.

“I was just scared for the future and decided to do something about it. I’ve learned everything from Wikipedia and YouTube, and now I’m learning trigonometry from Khan Academy,” says Wilding. “I need that now because I’m doing MIT open courseware online and learning about circuit design for electronics.”

Taking an old Black and Decker mower, Wilding has refurbished it with high-grade batteries for a high-output operation. His trimmer is armed with a lithium ferrophosphate battery pack and, according to Wilding, has more power and run time than similar trimmers.

Wilding said he would like to be an electrical engineer, but the one thing he’s most focused on is ending climate change, and he’ll pursue the best course of action to achieve that goal. One area of interest is making solar landscape or agricultural equipment.

Wilding is also a fan of Elon Musk—entrepreneur, inventor, engineer, and investor. He’s been particularly interested in Musk’s work with Tesla Motors and its investment in electric cars. “He basically broke into an all-gas car market, and it’s just amazing what he’s done. He’s definitely a role model.”

“I don’t think we are going to end climate change in my lifetime. I’m just going to try to get it started,” says Wilding. “I believe the only way we’re going to be able to produce enough electricity to power the whole world is solar. We’re going to have to put solar panels on top of every roof. We really don’t need solar farms if we just utilize our roof space.”

The Presbyterian Church (U.S.A.)’s Environmental Ministries associates have taken notice of Wilding’s work and believe that he has the right focus. 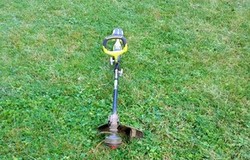 This trimmer is powered by a lithium ferrophosphate battery pack and has more power and run time than similar trimmers. —Noah Wilding

“I’m very inspired by Noah’s innovation and dedication. He really cares about the world, and that caring has been his motive for working hard,” says Rebecca Barnes, associate for Environmental Ministries with the Presbyterian Hunger Program. “He doesn’t separate out personal profit from the world’s health and well-being. His project is a very practical and necessary one.”

Wilding says people can look at climate change from any perspective, whether theological or scientific. In the end, he believes we are desecrating God’s world.

“For a healthy future, we all are going to have to find ways to do daily activities without depending on fossil fuels, and here he is, creating a carbon-free business while he’s in high school,” says Barnes. “I love his story and how it can motivate us each to look at what we can offer to the world, to protect it for future generations.”

For more information about the church’s Environmental Ministries, click here.