Home News Helping Sri Lanka heal from the inside out

Helping Sri Lanka heal from the inside out 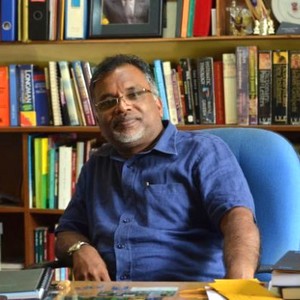 Within a few weeks, 10 international peacemakers from around the world will be in the U.S. speaking with Presbyterian congregations about life and the church in their countries. While some will share words of encouragement, others will have stories of despair and struggle as the church seeks to meet the spiritual needs of its members.

A self-described peace educator and change agent, he is the founder of ‘Samadana/m’, an organization fostering justice and peace through nonviolent action. The focus of his work has been to help post-war Sri Lanka heal and move beyond the wounds of the past. He also serves as the chair of the Ecumenical Relations Commission of the National Christian Council of Sri Lanka.

Perera has worked closely with the Women’s Development Centre, created in 1989 to focus specifically on gender based violence including domestic violence and violence against young girls.

“The organization has a strong background in empowering women and children by devising a dynamic and holistic approach to prevention, intervention and advocacy,” said Perera. “Gender sensitization, leadership development, formation of community groups and political participation are some of the subject areas that we cover in our trainings as we prepare people to be change agents.”

The long-running civil war in Sri Lanka has left deep scars within the country, says Perera. The post-war agenda has been focused on economic recovery and infrastructure development with little attention to building relations between ethnic and religious communities. As a result, those in need still suffer and those in power don’t always have the people’s best interest in mind.

“The presiding triumphalist thought in the political sphere has deteriorated the values of good governance and instead, bribery, corruption, abuse of power and violence has intensified,” said Perera. “There is still no common process for reaching a peaceful and consensual settlement to the roots of conflict or for addressing the deeply held grievances.”

“The church and her involvement within and beyond country are directly and indirectly scrutinized,” said Perera. “However, in spite of the restraints, the church has been a catalyst to increase the understanding of the Sri Lankan ethnic conflict, the concepts of social justice and building inter-religious/ethnic harmony.”

During his upcoming visit to the U.S., Perera will speak on his country’s attempts to prevent conflict, interventions on issues and what they do in regards to advocacy. He adds it takes a lot of people to build lasting peace and it takes time - sometimes decades.

The International Peacemakers come from partner denominations and organizations around the world. Each year they visit the PC (USA) to address issues such as violence, poverty and reconciliation. Since 1984, more than 200 International Peacemakers from 57 countries have been hosted by Presbyterians. Funding for the program is made possible by gifts to the Peace and Global Witness Offering. The visitors will travel across the U.S. from September 25 to October 18. For more information, please visit the peacemaker webpage.