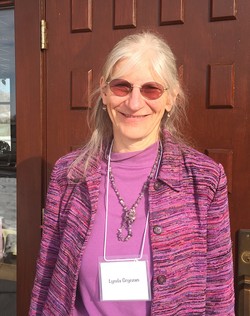 People in Yellowstone Presbytery are learning they can have constructive conversations over even one of America’s most divisive issues—the balance between gun freedoms and gun restrictions.

A $2,000 grant from the presbytery’s peacemaking fund enlisted the help of Linda Gryczan, a Helena, Mont., mediator, to journey to Billings last weekend for the first of what’s planned to be many guided conversations over contentious issues. The approach resembles a New England-based program.

Using a core group of a half-dozen facilitators evenly divided on the gun freedoms versus gun restrictions issue, Gryczan taught them and a crowd of about 20 others how to “listen with resilience” and to use personal stories to explain to others how they’ve arrived at their position.

The goal, she told the group meeting at St. Andrew Presbyterian Church in Billings, was for participants to “gain a better understanding of why they believe the things they believe. We change our opinions because somebody has accepted us for who we are. Otherwise, we just get more entrenched.”

Her opening question, once she’d broken the ice among participants: Tell me a personal experience that will help us understand your views.

One participant, a competitive shooter, said he believes he controls his guns pretty well and doesn’t feel he needs more gun control.

Another related the stories of her cousin who used a gun to kill his cheating wife. The boy who gave her her first kiss took his own life with a gun years later.

A third recalled growing up on a farm and saving his allowance to purchase his first rifle. “I’m not sure we’re going to turn that culture on its head,” he said. “People are going after guns rather than dealing with people, and that’s what needs to be addressed.”

A fourth took her medical training in the emergency room of a large Cleveland hospital. “There were so many (gunshot) victims,” she recalled.

Asked what they thought was at the heart of the matter, participants cited “trust on both sides,” “freedom and culture,” “guns getting a bad rap,” and “personal freedom, safety and individual rights.”

Gryczan then asked, “Any gray areas you’re willing to talk about?”

Two participants—on either side of the issue—laughed when they discovered an area of agreement: neither harbored any doubts.

“I’m for guns, but I don’t know why people need assault rifles, and I’d be nervous if I knew my neighbor had one,” one woman said.

“Do we need legislation that says who gets a gun?” one man asked. “I don’t know where to put that law.”

After lunch, the newly-minted facilitators took the process to the 20 or so who’d watched their training that morning. One gun rights and one gun control facilitator met with each group.

Gryczan laughed when asked about the careful pairings.

“You want a lefty-loosey and a righty-tighty” in every group, she said.

Facilitators plan to open the process up to the rest of the community with a session later in January and upcoming events on other hot-button issues.

The Rev. Susan Barnes, pastor at St. Andrew Presbyterian Church, said she appreciated “the way the process made us focus on listening to each other instead of trying to convince each other that our point of view is correct. It gave me a good way to engage people who disagree with me.”

Ruling Elder Mike Ferguson is a member at St. Andrew Presbyterian Church and a reporter for the Billings (Mont.) Gazette. He’s an occasional contributor to the Presbyterian News Service.