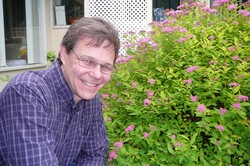 In response to the Presbyterian Church (U.S.A.)’s longstanding commitment to building and fostering relationships with people of other religious traditions, the Presbyterian Mission Agency office of Theology and Worship has repurposed its office of Interfaith Relations by replacing one former full-time associate with two part-time positions because of the critical importance of both interfaith relations and formation.

Ruling Elder Rick Ufford-Chase, co-director with his wife Kitty of Stony Point Center and moderator of the 216th General Assembly (2004), will focus his work on congregational formation around interfaith issues.

A second, yet to be hired, employee will be working with Theology and Worship and with the Office of the General Assembly on relationships with interfaith bodies.

“The 2014 General Assembly’s policy statement ‘The Interreligious Stance of the Presbyterian Church (U.S.A.),’ lifts up the importance of both of these positions.” said the Rev. Dr. Charles B. “Chip” Hardwick, director of Theology, Formation, and Evangelism ministry area. “Appointing two proven church leaders to work together will make the denomination’s ministry more effective and strengthen our interfaith work and witness.”

In addition to serving Stony Point Center—where he co-founded the multifaith “Community of Living Traditions”—an intentional residential community at Stony Point Center that is dedicated to offering hospitality and building a strong witness for peace and justice—Ufford-Chase also served the PC(USA) as a mission worker on the U.S.-Mexico border for twenty years and as director of the Presbyterian Peace Fellowship from 2006 to 2015.

“I look forward to working with Rick and the new associate for Interfaith Relations,” said the Rev. Gradye Parsons, Stated Clerk of the General Assembly. “I’m certain that both will bring gifts and experiences that will serve the PC(USA) well in the important ministry of interfaith relations.”

Because the Ufford-Chases currently share one full-time position at Stony Point Center, Kitty Ufford-Chase will assume a greater portion of her husband’s current responsibilities there to allow him the freedom to accept the new half-time position.

“Rick’s work at the Stony Point Center has equipped him well to help congregations take concrete steps in learning to love their interfaith neighbors as a witness to the love and mercy of Jesus Christ,” said the Rev. Dr. Charles Wiley III, coordinator of the office of Theology and Worship.

In the current climate of violence, fear, misrepresentation, and misunderstanding—particularly the rise in Islamophobia—an increased interfaith witness is both timely and prophetic.

“So much of the violence in the world today is ascribed to religious identity,” said Ufford-Chase. “This is the time to equip Presbyterians to reach across those boundaries for our common work—standing against hate, working together for basic fairness, and supporting those on the margins in our communities. Our goal is to help Presbyterians know who we are and what we believe as a Reformed tradition, and to share who we are with those of other religious traditions as authentically as possible.”