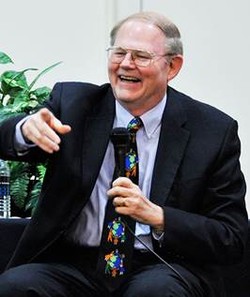 And three hours of academic credit.

“There is no better way to get a sense of the breadth, depth, and dynamism of the Presbyterian Church (U.S.A.) than to be at a General Assembly in a learning mode with friends and colleagues in ministry,” said Rev. Dr. Clifton Kirkpatrick, professor of World Christianity and Ecumenical Studies at Louisville Presbyterian Theological Seminary and former stated clerk of the General Assembly. “That is just what we want to do with this course at the 222nd General Assembly in Portland this coming June. We are excited to have students and faculty coming together from our various Presbyterian seminaries to learn from the Assembly and one another. It will be a great experience!”

The course is designed to provide current seminary students with a firsthand experience of how a General Assembly works. Students not enrolled at one of the three co-sponsoring seminaries will be granted credit through Louisville Seminary. 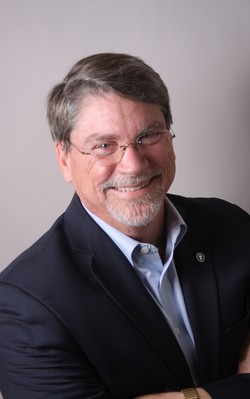 “I will never forget the experience of awe and wonder at the confusion, complexity, and controversy of my first General Assembly meeting,” said Rev. Dr. Paul K. Hooker, associate dean for Ministerial Formation and Advanced Studies at Austin Presbyterian Theological Seminary. Hooker, along with Kirkpatrick, will serve as the course’s lead faculty. Rev. Jerry Van Marter, former director of the Presbyterian News Service, alumni relations advisor for San Francisco Theological Seminary, and stated clerk of the Presbytery of Mid-Kentucky, is the course administrator.

“I was a commissioner to the 1996 Assembly that approved what eventually became the ‘fidelity and chastity’ amendment, and after participating in that debate, I was hooked,” added Hooker. “I have been part of the GA scene ever since. I see this course as the introduction I never got to the inner workings of the Assembly, as well as to the issues of polity, process, and theology that will dominate the conversation in Portland this summer.”

Following the March 1, 2016, registration deadline, Van Marter said that the course may be opened on a space-available basis to local, Portland-area pastors who are interested in auditing or receiving continuing education credit for the course.

“Since 1967, when I attended my first General Assembly while a college student, I have been enthralled by the ministry and mission of the Presbyterian Church (U.S.A.) and the way the General Assembly goes about discerning and organizing that mission and ministry,” said Van Marter. “Nearly everyone who attends a General Assembly describes it as a life-changing experience. I wish this class had been available when I first attended General Assembly.”

For more information and/or to receive the course syllabus and rubric—which includes reading list, detailed schedule, and requirements needed to receive credit—visit the Louisville Seminary website.

With three such gifted faculty members in place, Hooker said that the course promises to be a rich experience.

“We are each able to draw from deep wells of experience, and we each bring our separate wisdom to the work of the Assembly,” said Hooker. It should be quite a ride."