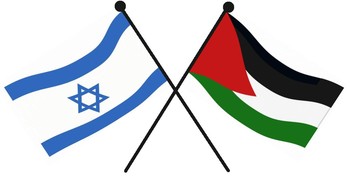 The Advisory Committee on Social Witness Policy (ACSWP) of the Presbyterian Church (U.S.A.) has issued a policy paper on Israel-Palestine titled Israel-Palestine: For Human Values in the Absence of a Just Peace. The February 25, 2016, report calls for the church to focus its energy on strategies for coexistence and opposing human rights violations—perpetrated by both Israelis and Palestinians—rather than waiting for a two-state solution.

The document will be used as a resource by commissioners at the 222nd General Assembly of the PC(USA) meeting in Portland, Ore., this June.  The report’s recommendations to the Assembly are detailed on pages 10-12 and apply six values of the Reformed Christian faith: dignity for all, self-determination through democratic means, community through reconciliation, equality over separation, repentance for complicity, and solidarity with those who suffer. It quotes the Belhar Confession in saying “that the church must witness against and strive against any form of injustice.”

While the report recognizes an equitable two-state solution may be considered a long-term strategy for resolving the Israel-Palestine conflict, it stresses core justice and human rights issues demand more attention at this time. Although outlined in the initial 1947 United Nations partition plan and envisioned by the 1993 Oslo Accords along the 1967 armistice line, increasing doubts about the viability of two states prompted the 2014 General Assembly to call for a report.

“In almost every area, things have moved backward,” says the Rev. Ray Roberts, committee co-chair and pastor of the River Road Presbyterian Church in Richmond, Va. “Our church has long supported that two-state solution, which remains a worthy goal. But as the report says, ‘calling for a two-state solution, without acknowledging the reality on the ground, is an exercise in denial.’”

The repeated failures of unequal peace negotiations, often linked to the expansion of Israeli settlements in the West Bank and East Jerusalem, and the danger of a conflict over land becoming an increasingly religious conflict, have unsettled previous assumptions about the likelihood of a two-state solution. The report also points out that self-governance for Palestinians even in the West Bank alone, under the Palestinian Authority, has not come into its projected maturity.

“We looked at the core Oslo challenges of Jerusalem, refugees, settlements, security, borders, water, Gaza, and economic development,” says Steven Webb, an economist serving on the ACSWP study team. “Not all problems are caused by Israel’s military rule and steady annexation of land and water, but we found that Palestinian self-development was blocked at virtually every point… Frankly, the situation is a pressure-cooker and we fear greater violence. The church needs to advocate for justice because those people cannot wait for some ideal statehood arrangement.”

Critics of the Palestinian Authority say it has failed to counter settlement expansion and violations of the Oslo Accords, has not encouraged new leadership—in many cases opposing those who have risen to prominence, and has not provided a unified message when negotiations have been offered.

“The PC(USA) has been consistent on calling for an end the occupation and calling for a non-violent way to go forward,” says the Rev. Gradye Parsons, stated clerk of the Presbyterian Church (U.S.A.) General Assembly. “The General Assembly has made it clear we are not card-carrying members of the global BDS [Boycott, Divestment and Sanctions] movement. We’ve made our own decisions about our involvement of advocating for peace in Israel-Palestine with our investments, focusing on the settlements because we have hoped for two states.”

“This document is a cairn—a marker or milepost—and that’s what I hope we do with this,” says Parsons of the General Assembly’s consideration of its recommendations. “To say, ‘This is how we understood the situation in Israel-Palestine in 2016.’ It helps us to reaffirm and reassess where we are. We did a good and deep look at our positions up to now, and building on those this is our mature assessment at this point. Hopefully this [document] will show that we have a broad perspective and a broad hope for peace in Israel and Palestine, based on our core values as a church that’ll guide us no matter what the political situation is.”

Presbyterians for Middle East Peace, a group that has opposed the PC(USA) economic divestment from companies providing material support to the expansion and protection of Israeli settlements, recently issued its own report titled Two States for Two Peoples.

The group says their report “comes at a time when many view the Palestinian-Israeli peace process as stalled, and as activists from the global Boycott, Divest and Sanctions (BDS) movement are working toward persuading the Presbyterian Church (U.S.A.) to drop its support for the two-state solution.”

“The dilemma is that a two-state solution can’t happen instantly and will take a lot of work to break down mistrust and hostility to improve relations,” says George Douglas, a ruling elder and member of the steering committee for Presbyterians for Middle East Peace.

Douglas says he sees conditions improving, and believes a common political framework needs to be established before discussions on the two-state solution can progress. “It becomes a matter of empowering people of good will on both sides,” he says. “There’s a democratic process we can identify with on the Israeli side, but it’s not the same with the Palestinians right now. Freedom of expression, freedom of speech and building a democratic process has not happened. It’s very difficult for Palestinian moderates to get their voice out.”

Advocating a three-pronged approach to building peace in the region based on coexistence, cooperation and political empowerment, Two States for Two Peoples asserts a two-state solution would be economically advantageous to Israel and Palestine, at the amount of $123 billion and $50 billion respectively over the next 10 years.

Although he has hopes for the long-term viability of a two-state solution, the PC(USA)’s Parsons believes a hurried implementation would not benefit the economies of Israel and Palestine.

“If two-states were to start today, because of the economic restrictions on Palestine, they’d have a rough way to go in the West Bank,” says Parsons. “It would be a very challenging country and economy. The reality is the Israeli economy does profit from Palestinian labor and land. Both sides would be facing severe challenges in their existence. That’s why we’ve done positive investment—to provide some economic activity within the West Bank.”