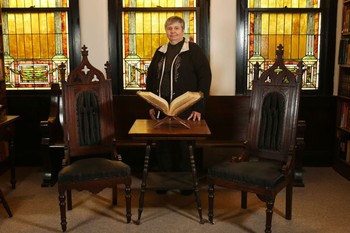 When the Rev. Michaele Wood graduated from seminary in 2009, she felt ready to conquer the world. Wood was all set to participate in the inaugural class of the Presbyterian Mission Agency’s Small Church Residency Program.

The Small Church Residency Program—which is no longer accepting new applications and is scheduled to conclude by December 2017—is a two-year pastoral residency program for first-call pastors to serve small, underserved congregations in rural, small-town, and urban settings. For a church to have been eligible to participate in the program, it had to number fewer than 100 members or less than 75 in worship. Some churches in the program hadn’t had a full-time pastor in over 10 years.

In the fall of 2009, Wood was ready to begin her two-year pastoral residency at First Presbyterian Church in Pontotoc, Mississippi. Being from Harrisburg, Pennsylvania, Wood knew she was in for a culture shock.

“Where I come from, if they have something on their mind they will actually come right out and let you know it,” says Wood. “Here it’s more a culture of ‘I’ll tell you a little at a time as we gain trust.’ You have to listen more to what they don’t say.”

While Wood’s original plan was to only stay for the two-year residency—Wood is still the pastor at First Presbyterian Church after almost seven years—things quickly changed when she got to Mississippi. She says “they all just clicked” when she first got there.

One of the main reasons she has stayed is because of the great group of people at First Presbyterian. “There’s always someone right there ready to help,” she says. “We’re a cohesive unit, rather than I’m the pastor, you’re the congregation.” 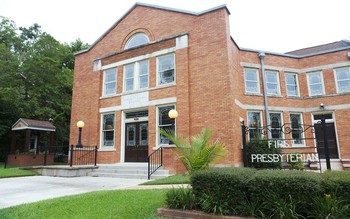 The Small Church Residency Program has allowed Wood to grow not only as a pastor, but also spiritually. Wood has learned to hold on no matter what, and to always celebrate the little things. “We look for God’s monstrous miracle and we’re waiting for that big thing,” she says. “I’ve learned to look for the all-day, everyday little thing that God is putting in place.”

While Wood hasn’t necessarily seen numerical growth in church membership at First Presbyterian, she can tell the congregation is growing and evolving. “When I came here they would say, ‘I’ll wait until you’re here five years until I get involved,’” says Wood. “Now the congregation has a new vitality to it, even from year one. They want to do things and try something different.”

Trying something different is exactly what they did. This past year, First Presbyterian celebrated its 100-year anniversary in the same building. To celebrate, the church decided to pay it forward by donating 100 of something to different organizations each month, like 100 two-by-fours to Habitat for Humanity. Wood says the congregation enjoyed this so much that they are hoping to continue a monthly project in the ministry.

Wood is looking forward to the future First Presbyterian holds for her. She knows there will have to be some restructuring, considering that the median age of the congregation is between 70 and 75. “We’re getting down to where there’s not a lot of elders anymore that are physically able to do everything,” says Wood. “But they’re not ready to give up and go home. They’re always involved in the community.”