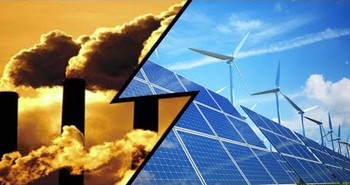 In a rare moment of dissent at the February Presbyterian Mission Agency Board (PMAB) meeting, one group took exception with the Justice Committee’s affirmation not to divest from fossil fuel companies. The Committee on Mission Responsibility Through Investment (MRTI), part of the Compassion, Peace and Justice Ministry and responsible for recommending action to the 222nd General Assembly (2016) of the Presbyterian Church (U.S.A.), opted instead to recommend further engagement on climate change with all companies, including those in the energy sector. It’s a recommendation that Fossil Free PCUSA feels kicks the can down the road and fails to meet the General Assembly mandate.

Fossil Free PCUSA is a national grassroots group that has the support of nearly 20 presbyteries in calling for immediate, categorical divestment from fossil fuel companies. Its moderator, Dan Terpstra, is a ruling elder at First Presbyterian Church in Oak Ridge, Tenn.

He spoke to the PMA Justice Committee and outlined the group’s rationale for immediate divestment. Terpstra praised MRTI’s breadth of work, and was impressed by the integrity and faithfulness exemplified by its committee. He added that MRTI’s report clearly highlights the urgent need for immediate action to move beyond a fossil fuel-based economy, and that in order to meet the two-degree Celsius limit on global warming called for in the recent COP 21 agreement, as much as two-thirds of currently identified fossil fuel reserves must stay in the ground. Terpstra also noted the report lays out a clear case for biblical and theological call to care for creation, and concluded that the issue fully meets the criteria for divestment—all of which adds to his group’s frustration over the final recommendation.

“MRTI calls for a commendation of fossil fuel companies for taking small steps to clean up their production carbon footprint while ignoring the intrinsic and much larger footprint of the climate toxins they produce in great volumes,” Terpstra told the committee. “This is the equivalent of praising a tobacco company for instituting a smoke-free workplace.”

The report also acknowledges that the PC(USA) Foundation provides the option of fossil-free managed portfolios to congregations, institutions and individual clients; the Board of Pensions provides a fossil- free option for participants in its voluntary retirement savings plan; and the Presbyterian Investment and Loan Program offers “restoring creation loans” for congregations seeking to reduce their carbon footprint. It encourages continued discussion on climate change and directs MRTI to pursue its focused engagement process with all corporations, but especially those in the oil, gas and coal industries. It concludes with a mandate to report back to the 223rd General Assembly (2018) with new recommendations, which include possible divestment if significant changes in governance, strategy, implementation, transparency and disclosure, and public policy are not instituted.

“We all agree that we must do something, and finding the most effective way to accomplish change is important. The goal is not divestment, but a low-carbon future,” says Bill Somplatsky-Jarman, coordinator for the PC(USA) Mission Responsibility Through Investment program. “We’re proposing a framework that provides companies a strategic and effective methodology to bring about change and measure progress toward a lower carbon footprint. The result will be a General Assembly-approved process for measuring results and outcomes moving forward.”

From Fossil Free PCUSA’s point of view, however, the final report begs the question, “why wait?” Decades of engagement with companies in question has led to little progress in addressing actual climate change. In a written statement released at the committee hearing, Fossil Free PCUSA urges immediate action because:

The Justice Committee approved the MRTI report, and it was subsequently approved the next day by the full Mission Agency board without opposition.