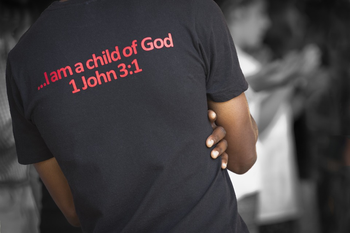 The Presbyterian Mission Agency Board approved at its April board meeting the Justice Committee’s recommendation that this summer’s 222nd General Assembly (2016) vote to approve the revised Churchwide Antiracism Policy—Facing Racism: A Vision of the Intercultural Community—and associated recommendations.

The Churchwide Antiracism Policy Team includes the Rev. Shannon Craigo-Snell, the Rev. Curtis A. Kerns, Jr.; the Rev. Victor Aloyo, Jr.; the Rev. Laura Cheifetz; Dr. Christine Darden and the Rev. Samson Tso. The team began its work by reviewing the 1999 antiracism policy. Recognizing some of the references in the original policy were dated, the team acknowledged the content and analysis of the realities of racism in the United States have not improved significantly since 1999.

“This is not a time for timidity,” said team member Craigo-Snell. “The current struggles over racial justice in the United States mark a kairos moment. The Presbyterian Church (U.S.A.) has long held strong convictions regarding the sinfulness of racism and the need to struggle against it. Speaking our own convictions now, with clarity and power, could make a tangible difference in the current struggle. Furthermore, it is required of us, as the church is called to proclaim the good news of Jesus Christ. Neglecting to speak powerfully in this moment would also be regrettable.”

The team affirmed the church’s biblical understanding of who God is and what God intends for humanity, and that the PC(USA) must stand against, speak against and work against racism. The team noted further that an antiracist effort is not optional for Christians—but that it is an essential aspect of Christian discipleship, without which we fail to proclaim the good news of Jesus Christ.

The report went on to say that indigenous people including, Native Americans, African American, Hispanics/Latino-as as well as Asian Pacific Americans have been adversely affected by racism, and that each of these indigenous groups endures a form of racism unique to their race and nationality. However, while recognizing how racism victimizes many different racial ethnic groups, it has significantly impacted the African American community dating back to slavery and including today’s economic inequality, mass incarceration and disproportionate policing.

Acknowledging the issues of racism and the current struggles over racial justice in this nation the team offered constructive and proactive steps the Presbyterian Church (U.S.A.) could implement to support and uphold its long held convictions regarding the sinfulness of racism.

The team proposed next steps, included making the revised policy and a newly created series of six study guides accessible to the whole church. Each guide is appropriate for an hour-long conversation among adults or teens.

The topics of the six guides are: Biblical Imperatives to Antiracism, Envisioning a New Way of Life Together, PC(USA) and Racial Reconciliation, Racism 101, Enduring Legacy of Racism in the U.S., and Responding as a Community of Faith. The guides include also a list of antiracism resources for congregations or presbyteries desiring further information. Study guides are available on the Presbyterian Mission Agency’s Racial Justice web site.