Work is ongoing in implementing peace treaty for the nation 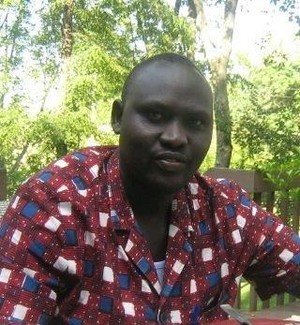 The Rev. Philip Akway Obang, general secretary of the South Sudan Presbyterian Evangelical Church (SSPEC) is sending regular updates about the changing situation in South Sudan and has asked for support of his American brothers and sisters. Most recently he said prayers are urgently requested for South Sudan.

There is some hope that the warring factions are making an effort to enforce the peace treaty, but the peace is fragile and there is much work to be done.

Since December 2013, violence has resulted in thousands of deaths in South Sudan. More than two million people have been left homeless, and many are facing starvation. Fighting began after a struggle for power between then vice-president, Riek Machar, an ethnic Nuer and rebel leader, and President Salva Kiir, an ethnic Dinka. Fighting has continued along ethnic lines.

Nancy and Shelvis Smith-Mather have been actively involved in the peace process since they became mission co-workers in South Sudan in 2011. The Smith-Mathers work with RECONCILE, (Resource Centre for Civil Leadership), which was established in March 2004 by a national church council of the New Sudan Council of Churches. It promotes “peace building” by providing training in trauma recovery, conflict transformation, and civic education. RECONCILE’s activities are in areas of high inter-ethnic conflict, with the churches often being the typical point of entry into these communities. Shelvis and Nancy participate in RECONCILE’s training events that address inter-ethnic conflict. Shelvis serves as the principal of the RECONCILE Peace Institute, which offers three-month courses in community-based trauma healing as well as peace studies and conflict transformation.

They join Obang in asking for prayer. The content of Obang’s letter, edited for clarity, is below.

Greeting in the Name of our Lord Jesus Christ,

I am hereby informing you that warring parties show their commitment to implement the peace agreement that was signed last year.

The leader of armed opposition, Dr. Reik Machar, has returned to Juba and formed a transitional Government of National Unity from both sides, and now we are hoping the two warring parties will work together to implement the peace deal and the lives of people can return to normal as it was before 2013.

But there are many challenges this government will face which need prayers and the South Sudan Presbyterian Evangelical Church (SSPEC) will have a big task to do because:

Please pray so that God intervenes and [provides a] way out from these challenges.