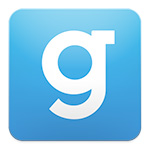 One-stop shopping best describes the 2016 Guidebook app for the 222nd General Assembly (2016) of the Presbyterian Church (U.S.A.), which kicks off June 18 in Portland, Oregon.

It’s the place where assembly goers can get up-to-date information on all things GA, including the schedule, maps, restaurant details, and even worship bulletins, said Andrew Yeager-Buckley, program assistant for the PC(USA)’s General Assembly Meeting Service. And, it’s been updated since it was last used for the 2014 assembly, he said.

“One of the biggest differences or features added … is that I have linked events with maps to those events. So when a participant clicks on an event they will see the name, time, and location along with a map where the event is and a route that is accessible by foot, light rail, bus, or street car,” Yeager-Buckley said.

A second new element is the real-time transportation feature called PDXLiveBus developed by a Portland web developer. “When participants click this feature, it displays in real time the location of where any bus or MAX train is at any given second. This takes the guess work out of how long it will be before participants will be picked up and transported to their destinations,” he said.

The hope is that Guidebook will make the experience easier for General Assembly participants and allow them to plan ahead, Yeager-Buckley said. Information about accessing the Guidebook event app is available at www.pcusa.org/ga222mobile.