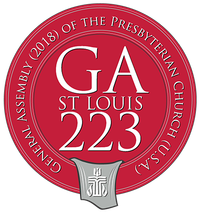 Five candidates have formally notified the Presbyterian Church (U.S.A.)’s Office of the General Assembly of their intention to stand for Moderator of the 223rd General Assembly (2018). The election will take place the evening of Saturday, June 16—the first day of the assembly.

The five include two pairs who are seeking to be Co-Moderators, continuing the pattern initiated by current Co-Moderators Denise Anderson and Jan Edmiston. One candidate is still seeking a running mate and says she is open to either the Co-Moderator or more traditional Moderator-Vice Moderator model.

The Moderator candidates to date: 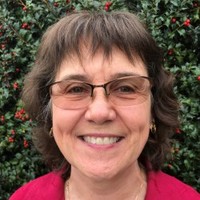 A ruling elder and clerk of session at Pine Street Presbyterian Church in Harrisburg, Pennsylvania, Chantal Atnip has been treasurer of the Synod of the Trinity since 2005 and has attended the past four General Assemblies. She says she felt the call to stand for Moderator in a worship service at a synod gathering in April 2016.

“At that moment, I was filled with joy, hope, certainty that God is at work in the world and walking with us,” she says. The conviction of God’s presence was a welcome antidote to the underlying sadness and fear of the future she had sensed among participants at the past few General Assemblies.

She left the synod gathering convinced that she needed to “take this message on the road, to share that certainty that God is with us, that we need to be joyful, listening to God, and open to new things.”

Atnip brings a varied church background to her quest for Moderator. Born in France, where her Catholic father was stationed with the U.S. Air Force, she was named for French saint Jane Frances de Chantal. After her first birthday, her family moved back to the United States. Atnip grew up attending First Presbyterian Church in Vero Beach, Florida, and was confirmed in that congregation.

“I remember, as a twelve-year-old, being fascinated and impressed with the polity of the Presbyterian church,” she says. “The representative governance, how a session works—I thought it was cool.”

In college, Atnip became involved in a Methodist campus ministry. She and her husband, Robert G. Atnip, a vascular surgeon, belonged to Independent Presbyterian Church in Birmingham, Alabama, for three years while Robert was in medical school—“a formative time in both of our faith journeys,” she says.

The two were members of Congregational and United Church of Christ congregations while living in Boston. At their current church, Pine Street, Atnip has served on the board of trustees, taught Sunday school, sung in the choir, volunteered at the church’s soup kitchen, and helped manage a major capital campaign.

Atnip says she is seeking a Vice- or Co-Moderator with a similar vision. If elected Moderator, she would devote much of her time to listening—helping church members recover “the ability to be brothers and sisters in Christ together.”

Presbyterians may not all think alike, she says, but “we’re still working for the same Jesus.” 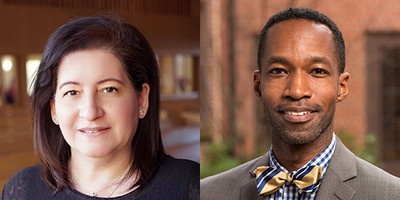 Bertram Johnson, minister of justice, advocacy, and change at Riverside Church in New York City, is one of three Presbyterians on the staff of the interdenominational congregation. He is a member of the NEXT Church Leadership Team and has served on the General Assembly Nominating Committee and on Seattle Presbytery’s Catalyzing Missional Communities Committee

Though currently ministering on opposite sides of the country, Maxim and Johnson have been close friends for fifteen years. They met in Seattle, before either of them was ordained to the ministry.

Johnson was working in the mission department of University Presbyterian Church, his journey to ordination on hold until a constitutional change opened the door to ordination for LGBTQ people in the PC(USA). His preordination career included stints working as an oncology chaplain, in regional theater, and in programs for people with HIV/AIDS. He spent a year after college as an intern with Sojourners in Washington, D.C.

Maxim was born in Colombia and grew up bilingual and bicultural. She was a TV news producer for twelve years, then enrolled in seminary while working as director of children and family ministries at Mercer Island Presbyterian Church, near Seattle.

Johnson grew up Baptist and Maxim grew up Catholic, but both found a home in the PC(USA) as adults. And both say their early sense of being out of step with the dominant culture—Johnson as an African American gay man and Maxim as a Latina woman—has fueled a commitment to justice.

“Seeking justice is at the core of who I am as a follower of Christ,” says Maxim. She sees herself as “a disrupter of the status quo,” seeking to lift up the stories of people who are hungry, homeless, and oppressed. She also values the church’s faithful inclusion of the immigrant community because “we are incomplete without them.”

Johnson says he would like to help the PC(USA) “reclaim its role as an agent of God’s justice.” He is grateful that the denomination is moving “toward a more faithful expression of God’s beloved community” under the leadership of its first female Co-Moderators and first African American Stated Clerk of the General Assembly.

“My vision is to deepen the foundation that’s already been established,” he says. He wants to challenge the church not only to be more inclusive but “to dismantle the systems and structures that prevent the Holy Spirit from working.”

“As a denomination, we’ve done some significant work on paper in terms of commitment to justice,” Maxim observes. “How do we embody those things we’ve written about and reflect them in our lives?” 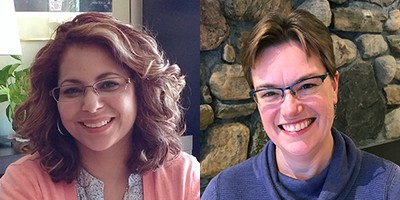 Vilmarie Cintrón-Olivieri is an ESL teacher and a ruling elder at First Spanish Presbyterian Church in Miami. She served in 2017 as moderator of the Presbytery of Tropical Florida.

Cindy Kohlmann has been pastor of congregations in Ohio and Massachusetts, and currently serves in the newly designed position of resource presbyter for the Presbytery of Boston and the Presbytery of Northern New England.

Though from very different backgrounds, the two both describe themselves as lifelong Presbyterians, called to serve the church they have loved since childhood.

Cintrón-Olivieri, who lived in Puerto Rico until 2011, says she first came to appreciate the connectional nature of the PC(USA) when she served as a youth advisory delegate to the 205th General Assembly (1993). Soon after that, at age nineteen, she was asked to serve on the session of Caparra Terrace Presbyterian Church in San Juan.

These experiences gave her the sense of “being part of something that was bigger than me,” she says. Her grandparents were both church leaders, and she fondly recalls riding with her granddad to presbytery meetings.

Kohlmann uses the term “#presbynerd” to describe her attraction to all things Presbyterian. “When I went to my first General Assembly in 2012,” she says, “I felt like a kid in a candy store.”

She says that observing the election of a Moderator “planted a seed in my heart”—a seed that grew, with prayer and encouragement from friends and colleagues, into a desire to stand for Co-Moderator.

“I like the Co-Moderator model and what it says about shared leadership,” Kohlmann explains. She knew she wanted a running mate with different life experiences. While praying about it, she says, “my heart kept being drawn to Puerto Rico.”

A mutual friend connected her to Cintrón-Olivieri, who had also been sensing God’s call. “We both feel very strongly that God drew us together,” Kohlmann says.

“Our visions are very similar,” says Cintrón-Olivieri, adding that she would like Presbyterians “to think of ourselves as active participants in the church and world” whose witness reaches beyond the sanctuary on Sunday mornings.

“We are church when we are at the grocery store, in the workplace, and with our families,” she declares.

As resource presbyter, Kohlmann designs leadership training opportunities, connects pastors and congregations with local and denominational resources, and helps start sometimes difficult conversations about structure and vision in the midst of change.

She says she enjoys “being with congregations and sessions, helping them see where God is already at work and where God is inviting them to step out in faith in a new way.”

Both Kohlman and Cintrón-Olivieri say their faith has been enriched through relationships with newcomers to the United States. They see the growing immigrant population as a tremendous blessing for the PC(USA).

“We’re benefiting from 175-plus years of mission work around the world,” Kohlmann says. “Presbyterians are moving here and looking for Presbyterian churches to join.”

By welcoming immigrants, she says, we are “making space so the full richness of God’s people can be expressed.”