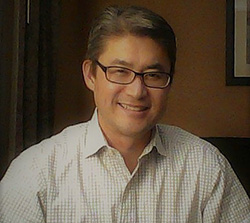 The Reverend Luke Choi has accepted a call to become the Presbyterian Church (U.S.A.)’s manager for Korean-Speaking Councils Support, a new position mandated by the 222nd General Assembly (2016).

“I’m truly honored and excited to join the team PC(USA) in Louisville,” said Choi, who currently lives near Cleveland, Ohio. “Having served in diverse parish settings for the last eighteen years, I’m ready for this new adventure as the very first manager of Korean-speaking Councils Support.”

“It is my hope and prayer that the Lord will bless me with many new friendships and joyful sharing of Christ’s missions for years to come,” he said.

Choi, who begins on March 27, also will provide training, consultation, coaching, administrative manuals, and other resources related to the PC(USA) as needed for Korean-speaking councils—in both Korean and English, and collaborate with colleagues from OGA and other General Assembly agencies and mid councils to support the ministries of Korean-speaking congregations.

“We are pleased to have Luke in this most vital position for the PC(USA),” said the Reverend J. Herbert Nelson, II, Stated Clerk of the General Assembly. “He brings solid experience as both a pastor and denominational leader.”

Choi’s experience includes serving as an associate pastor at Korean Central Presbyterian Church in Brecksville, Ohio, from 2010 to 2016; and as head pastor of Japanese Church of Christ in Salt Lake City, Utah, from 2005 to 2010. At the national level of the church he has served, among other things, as a commissioner to the General Assembly, moderator of the General Assembly Task Force on Korean-American Church Growth, and as a member of the National Council of Korean Presbyterian Churches Executive Advisory Committee.

Choi is a member of the Presbytery of Western Reserve and holds a bachelor of science degree from Southwestern University and a master of divinity degree from Princeton Theological Seminary. He is married to Jenis Choi and they have two sons, Stephen, 13; and Joshua,10.