Why would a family leave home in Central America and embark on a harrowing 2,500-mile journey with the uncertain outcome of finding asylum in the United States?  The Genesis of Exodus, a new interactive online resource, seeks answers to this question. It offers a wealth of background and tools to help Presbyterians and others understand and respond to immigration issues. 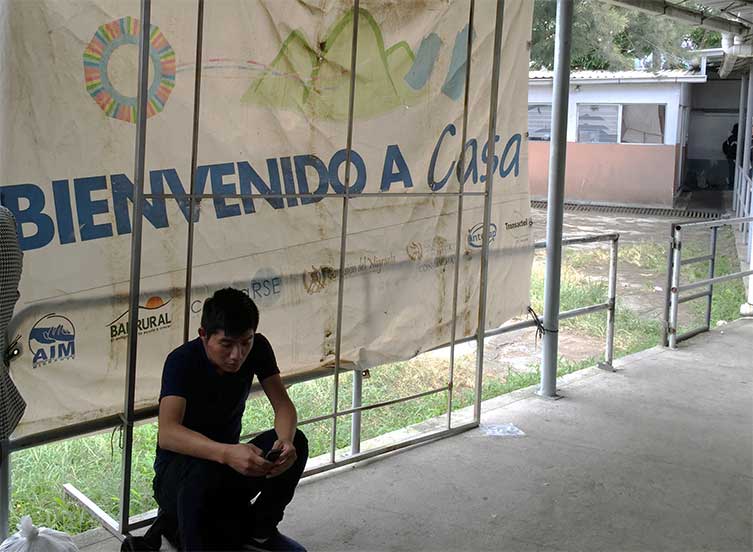 Deportee waits for assistance after being processed in a Guatemalan military facility. -Vicente Guna

Subtitled, Violence, Poverty, and Social Disintegration: The Root Causes of Central American Migration, the resource is being released just before World Refugee Day, June 20. It is the result of a two-week information-gathering trip—with stops in El Salvador, Guatemala, and southern Mexico—by staff of the Presbyterian Church (U.S.A.)’s Office of the General Assembly (OGA) and World Mission last November.

“We went to Central America with the main goal of producing a film,” says Vicente Guna Serrano, manager of technologies for OGA. What emerged from the experience, however, was a much bigger project. Guna describes the resulting resource as a “story map,” which he says is “a more interactive way to tell a story.”

The story map platform incorporates text, maps, charts, photos, and multimedia, and allows users to reference other sources through links. It includes access to the trailer for the film, also titled The Genesis of Exodus, which is in the final stages of production and expected to be ready for viewing later this summer.

Accessed by a simple link to the internet, The Genesis of Exodus introduces users to the history and economic background of Central America, to people who are fleeing violence in the region, and to community and religious leaders who are trying to help them. It offers glimpses of the long journey across Mexico and looks at what happens to migrants at the U.S. border and beyond. Also included is a section on “What You Can Do,” which will be expanded as more tools for action become available.

Teresa Waggener, manager of OGA’s Immigration (Legal Resources) office, wrote and compiled much of the content for The Genesis of Exodus. She says the idea for such a resource began to take shape in 2014, when families and unaccompanied children from Central America began crossing the U.S. border in unprecedented numbers.

In response, the U.S. government began “creating a massive detention system,” Waggener says. Before 2014, there were only 85 beds for women and children detained while seeking asylum. Today there are 3,600.

Detaining undocumented asylum-seekers who are fleeing life-threatening situations ignores the root causes of immigration and goes against international agreements on the treatment of refugees, Waggener says. “We’re not supposed to punish people who are arriving without status if they are seeking safety.”

She bristles at the use of “illegal” to describe refugees, noting that the U.S. government does not grant asylum long-distance. “Arriving in the United States and stepping across the border is the only way legally that you can request asylum.” 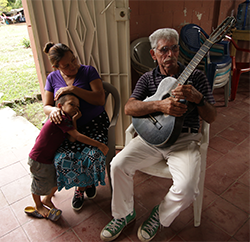 The Genesis of Exodus “counters the narrative that people arriving at the border are primarily economic migrants,” Waggener says. In Central America, she and other PC(USA) staff interviewed Presbyterian mission workers, local religious leaders, community service providers, families of migrants, people who had sought asylum but been deported, and people staying in migrant shelters on their way to the United States.

“We wanted to find out why people were leaving,” Waggener explains. They found, in short, that economic insecurity, exacerbated by a history of social inequality and corruption, had created a breeding ground for violence in the region.

Violence related to gangs, drugs, prostitution rings, and organized crime pervades the lives of Central Americans. “The violence is everywhere—it hits every level of their existence,” Waggener says.

The violence became especially real when the Presbyterian group visited El Salvador, where they learned that a family they were scheduled to interview had been murdered the night before.

“We were given minimum information” about the incident because of security concerns, Guna recalls. But while working on the story map, he felt this family’s story was a “missing piece.” 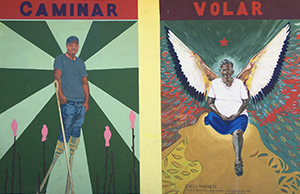 Waggener hopes The Genesis of Exodus will raise awareness about immigration issues and motivate more Presbyterians to get involved in advocacy and ministry with refugees. She hopes that groups already active in such efforts will use the resource to increase their involvement.

The Bible is full of stories about refugees—including Jesus and Moses, Waggener says. “This is the story of our faith ancestors. And there’s a history in our church of stepping up for asylum-seekers.”

In the 1980s, for example, Presbyterians were at the forefront of movements to assist Haitian refugees (“boat people”) and provide “sanctuary” for refugees from Central America.

Read this article in 한국어or Español.