The Rev. Tricia Dykers Koenig will be the new Associate Director for Mid Council Relations. Both will start their new jobs on September 18. 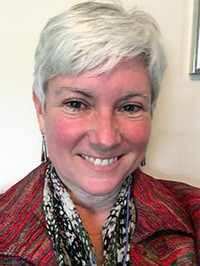 “For both positions we had excellent candidates and are heartened that our church has such fine leadership across the country,” noted Kerry Rice, OGA’s deputy stated clerk.

Dykers Koenig will be expected to enable strong and effective communication and common ministry between mid councils, OGA and other PC(USA) agencies. In addition, she will be charged to put put her community organizing skills to work to connect mid council leaders with skills, resources and each other in order to strengthen leadership across the church.

Griffith, a PC(USA) ruling elder, has served in OGA since 2002, In addition to her work in constitutional services, she has straddled the church and secular worlds, providing advice and counsel about Presbyterian polity, order and history in secular litigation and to secular attorneys who have represented the church. She is a graduate of Hood College in Frederick, Maryland, the Brandeis School of Law at the University of Louisville and attended two years at the Louisville Presbyterian Theological Seminary. 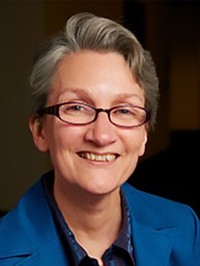 Dykers Koenig, a graduate of Duke University and McCormick Theological Seminary, has served two pastorates and for the past 17 years has served as national organizer for the Covenant Network of Presbyterians, which for 20 years has sought “to strengthen the church of Jesus Christ … by furthering the inclusion of LGBTQ persons and working for the unity of the PC(USA).”

General Assembly Stated Clerk J. Herbert Nelson II said, “I am confident that the Lord has guided us in the process of hiring new leadership for the Office of General Assembly. Twenty-first Century ministry requires us to focus on transforming the work of the whole Church. I believe that each one of our new leaders has a proven track record of both understanding  and engaging ecclesiastical reform.”

Nelson reaffirmed the value of Mid Councils in the PC(USA). “Our initial challenge in this period is to strengthen Mid-Councils in an effort to resource and train congregations for growth and ministry impact,” he said. “Church Leaders and congregations must develop an ability to engage the seminary, sanctuary and streets to be effective in this global age.”

Two OGA searches are continuing: for a Director for Mid Council Ministries and for a Manager of Call Process Support.