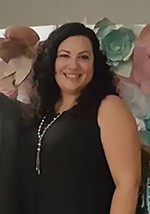 Flor N. Vélez-Díaz, a lifelong Presbyterian and Mayagüez, Puerto Rico, native, has been appointed manager of judicial process in the Office of the General Assembly (OGA). She begins her new work January 29.

Vélez-Díaz holds a B.S. in Industrial Microbiology (2003) and a law degree from InterAmerican University in Hato Rey, Puerto Rico (2006). She has, since being admitted to the bar in 2006, worked in private practice as well as for the Puerto Rico Senate and Department of Justice.

She is currently serving as an attorney in the Puerto Rico Justice Department as Attorney I, Torts and Medical Malpractice Litigation Division, working on torts litigation, prison torts, health law, and medical malpractice. Vélez-Díaz is well-versed in civil and common law as well as in mediation and alternate conflict resolution.

Vélez-Díaz comes from a family that is multigenerational Presbyterian and is married to a PC(USA) minister, the Reverend Edwin González-Castillo. A ruling elder, she has served as a commissioner from the Synod of Puerto Rico on the General Assembly Permanent Judicial Commission (GAPJC) since 2012, including as vice moderator (2015–2017) and as moderator since October 2017. She has also served on the committee on ministry and several administrative commissions of the Presbytery of San Juan.

“I am excited to work with Flor as she combines and brings a multigenerational Presbyterian perspective with experience in congregational, mid council, and national Presbyterian structures," said Laurie Griffith, OGA’s Assistant Stated Clerk and associate director for constitutional interpretation. “Flor also brings a deep legal background to the position of manager of judicial process and social witness.”

Vélez-Díaz’s involvement in the Presbyterian Church (U.S.A.) started at an early age, accompanying her parents and then her grandfather to the churches where he served as a commissioned lay pastor. She has always been a part of the musical aspects of worship.

“I am thrilled to have the opportunity to serve the church in this new capacity and to collaborate with such a wonderful group of people,” Vélez-Díaz said, “in furthering the peace, unity, and purity of the church.”