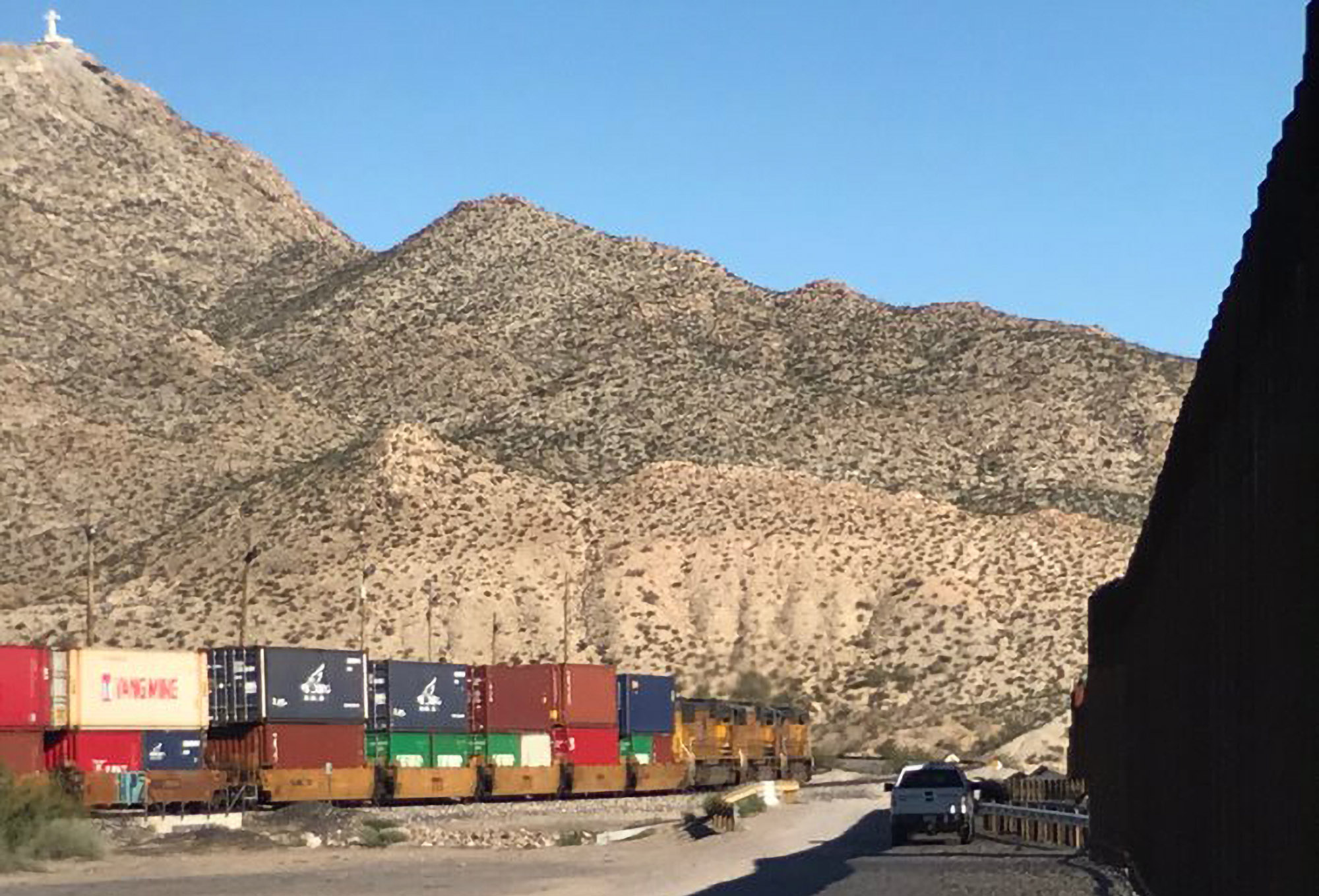 Asylum-seekers crossing the Santa Fe Bridge from Ciudad Juárez, Mexico, to El Paso, Texas, have gotten used to the long wait. What used to take hours for processing now takes days as Central Americans, in search of safety, find themselves camped out on the roadsides and the bridge itself.

The wait could get a lot longer as thousands of migrants from Honduras, Guatemala and El Salvador continue their trek toward the U.S. border. At last report, the bulk of the so-called “Central American exodus” was camped out in Mexico City as smaller groups continued to make their way north.

Amanda Craft and Teresa Waggener, with the Presbyterian Church (U.S.A.)’s Office of the General Assembly (OGA), recently returned from spending several days in El Paso, meeting with other migrant support groups and people along the border.

“When you walk to this bridge, you see the families sitting there waiting patiently. You see the Mexican Red Cross responding to their needs and then you walk up to the international line, at the center of the Rio Grande River,” said Craft, manager of advocacy with the OGA’s Office of Immigration Issues. “The armed border patrol is standing there demanding to see documents. It’s very tense when you get to the border and are out in the open, to hear and see the patrol officers yelling at you to show your documents when you were accustomed to showing proper identification in the processing facility that is located at the end of the bridge.”

Craft and Waggener have been told that until recently, as many as 300 people were processed across the bridge each day. Now, the process has slowed to approximately 15 each day. 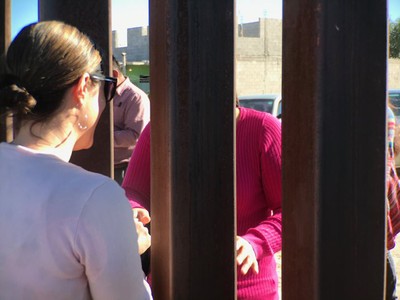 Amanda Craft with the Office of the General Assembly is at the border wall at Sunland Park, New Mexico, and Ciudad Juárez. —Photo by Teresa Waggener.

“Being made to wait on the bridge for days is unsafe. You can imagine the options they are weighing in their heads. Do they stay overnight? Do they leave their place in line and come back the next day?” asked Waggener, immigration attorney for the Office of Immigration Issues. “That’s why you see some deciding to cross over the border irregularly.”

Waggener says that once that happens, their asylum case is complicated, and they will be imprisoned until their case is resolved. “But what do you do when you’ve spent your third night on the bridge waiting to be processed and you know that in a few weeks, possibly thousands of additional people will be coming?”

Mexico City has converted a sports stadium into a temporary shelter for migrants, and authorities say the first of the group could arrive along the U.S. border within a few weeks. Meanwhile, President Donald Trump has said that the U.S. could send up to 15,000 troops to the border in anticipation of their arrival.

“The situation could become very dangerous. You have the military there and the president has advised the military that if any from the exodus throw rocks, they are authorized to treat it as a firearm. I hope [U.S. Defense Secretary] Gen. Mattis has instructed them otherwise,” said Waggener. “Then we hear that militias may be sending their support to the border. Who has instructed the militias otherwise? With all of these families, it could become tragic.”

Craft, who lived for a time in El Paso, says there’s a possibility that the northern border of Mexico could see real problems.

“There is a distinct possibility that the border could drop into chaos, causing that region to destabilize, leaving very vulnerable people in very risky situations,” she said. “I think we will see more people trying to cross irregularly, which is also very perilous.”

Craft and Waggener met with Presbyterian Border Region Outreach, a six-ministry team that works to address poverty and minister to asylum-seekers and their families. They also toured one of the government-run holding facilities.

Look for information to be updated by clicking here.