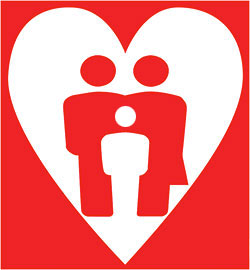 Judges in Boston and in Newark, New Jersey, have granted injunctions that prohibit Immigration and Customs Enforcement (ICE) from summarily deporting Indonesian immigrants in those two jurisdictions. But the reprieves may only be temporary.

“Our members are Indonesian Christians who arrived in the U.S. in the late 1990s and early 2000s,” says Teresa Waggener, an attorney and manager of Immigration Legal Resources for OGA. “They came fleeing persecution [Indonesia is the largest Muslim population country in the world]. Some did not know they had to file for asylum during their first year in the U.S. Some attempted to file for asylum, but received bad representation from counsel and were denied.”

All willingly began reporting to ICE in 2010 under a program called Operation Indonesian Surrender and have been in the U.S. with permission of Immigration under Orders of Supervision ever since. They regularly report, prove they have not had a criminal offense, and show where they are living and working and have been allowed to remain in the U.S.

They have children who are U.S. citizens and have been members of the two congregations for about as long as they have been in the U.S.

Roby remains in detention and we continue to pray, and to call legislators and ICE officials asking for his release.

ICE has taken an increasingly hard line under the current presidential administration. Last August, many of the Marturia Presbyterians were ordered to report to the ICE office in Manchester in September with plane tickets back to Indonesia. The action came in spite of a U.S.  State Department report which showed that persecution of Christians in Indonesia is on the rise.

“The ICE policy changes have been so abrupt and the enforcement of them so quickly executed that no one has had time to have the motions to reopen their cases based on fear of persecution or torture fully adjudicated,” Waggener says. “ICE planned to deport them though they had these pending cases, which would have caused the cases to be closed. They would have never had due process in their new claims and many would have run the risk of being returned to persecution and torture.”

Both courts ruled in early February that the Indonesian immigrants cannot be deported while their applications and/or appeals of their immigration status are pending. The rulings affect fifty Indonesian Christians in Boston and New Hampshire and an untold number in New Jersey. Follow-up court hearings for New Jersey are scheduled in March.

This ruling has been a blessing to our members who now have time to renew their requests to remain in the U.S., but not all members are able to do this from a place of freedom. On January 25th, Roby Sanger, member of First Presbyterian, Metuchen, was detained after dropping his child off at school. Another Indonesian Christian, Gunawan Liem, was detained that day as well. While this order stops their impending deportation, ICE is still holding them in immigration detention.

“When one of our own congregation was arrested, when Roby Sanger was taken away, a man who was well-liked and well-known, a man of deep and sincere faith who was with his family in our church pews every Sunday for twenty years, we changed from being a congregation of peaceful bystanders to being active pacifists,” said the Reverend Ellen Clémot, senior pastor at First Presbyterian Church in Metuchen, New Jersey. “Roby remains in detention and we continue to pray, and to call legislators and ICE officials asking for his release. FPC Metuchen’s Immigration Task Force has begun a post-card writing campaign” said Clémot.

Rev. Clémot invites congregations to advocate with First Presbyterian, Metuchen, “We hope other churches will join us in our efforts. Please write to your legislators in your home state and to local ICE directors. Make postcards and phone call scripts available to your congregants to use. We can make a difference working together for something greater than ourselves. We can agitate for change, call for justice and mercy, and work to carry out Christ’s mission, and our obligation, for our world. Join us.”

Waggener says the general trend with ICE right now is to focus on people who are already reporting to ICE. Those immigrants, like many of the Indonesian Presbyterians, have been ordered to leave but for one reason or another—the length of time spent in the U.S., lack of criminal record, marriage to a U.S. citizen, children born in the U.S., or the home country’s refusal to accept them back—have been allowed for years to continue to report. 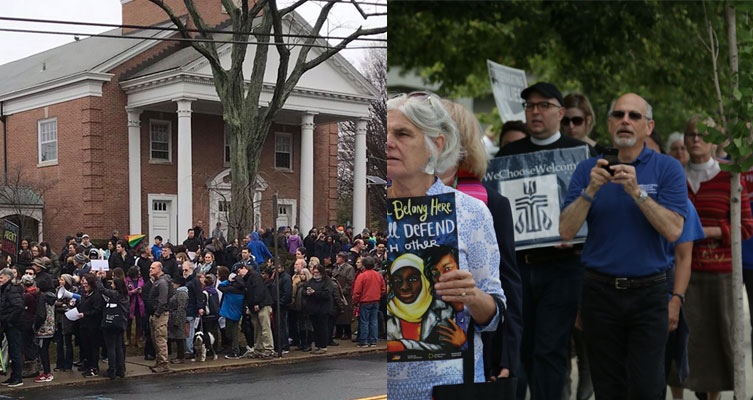 Presbyterians in New Jersey and New Hampshire continue to call for justice. - Photos by Rev. Justin Karmann and Randy Hobson

“The whole reason they are reporting to ICE is that during some portion of their time here in the U.S. they have tried to regularize their status,” Waggener says. They have failed so far for a variety of reasons—technical errors, bad (or no) legal advice.

“These are people who tried to do it ‘the right way’ and when they failed were allowed to stay and are now only known to ICE because they continued to attempt to do it the right way by reporting all of these years,” Waggener added.

These groups have been granted injunctive relief from the courts that is protecting them from removal while they reopen their cases in immigration court.