Home News Where Did Per Capita Come From?

Where Did Per Capita Come From?

As with so many other issues, American Presbyterians have long struggled with the means of supporting their mission and ministry. Eschewing England’s system of patronage by landed gentry, American Presbyterians’ Scots forebears supported their ministers by pew rents. By the middle of the nineteenth century, pew rents had fallen out of favor, and a thousand flowers bloomed to support local ministry.

But how would a national body, meeting annually to conduct the legislative and juridical work of the church, support and sustain those assemblies? Clinton McCoy, writing in The Journal of Presbyterian History in 1988, narrates the origins of per capita.

In 1857, the Presbyterian Church in the U.S.A. (Old School) promulgated a flat apportionment based on a presbytery’s population, called the Plan of Mileage. At 5 cents per member, the Plan of Mileage would pay into a Delegate Fund, from which commissioners to General Assembly could be reimbursed for their travel.

The apportionment was understood to be voluntary, but presbyteries were required to pay their share, regardless of any congregation’s delinquency. From 1860 to 1869, 90 percent of presbyteries participated in the plan, whose revenues were reported under the heading Commissioners and Contingent Funds. Upon reunion of the Old School and New School denominations in 1870, this heading was changed simply to General Assembly Tax. 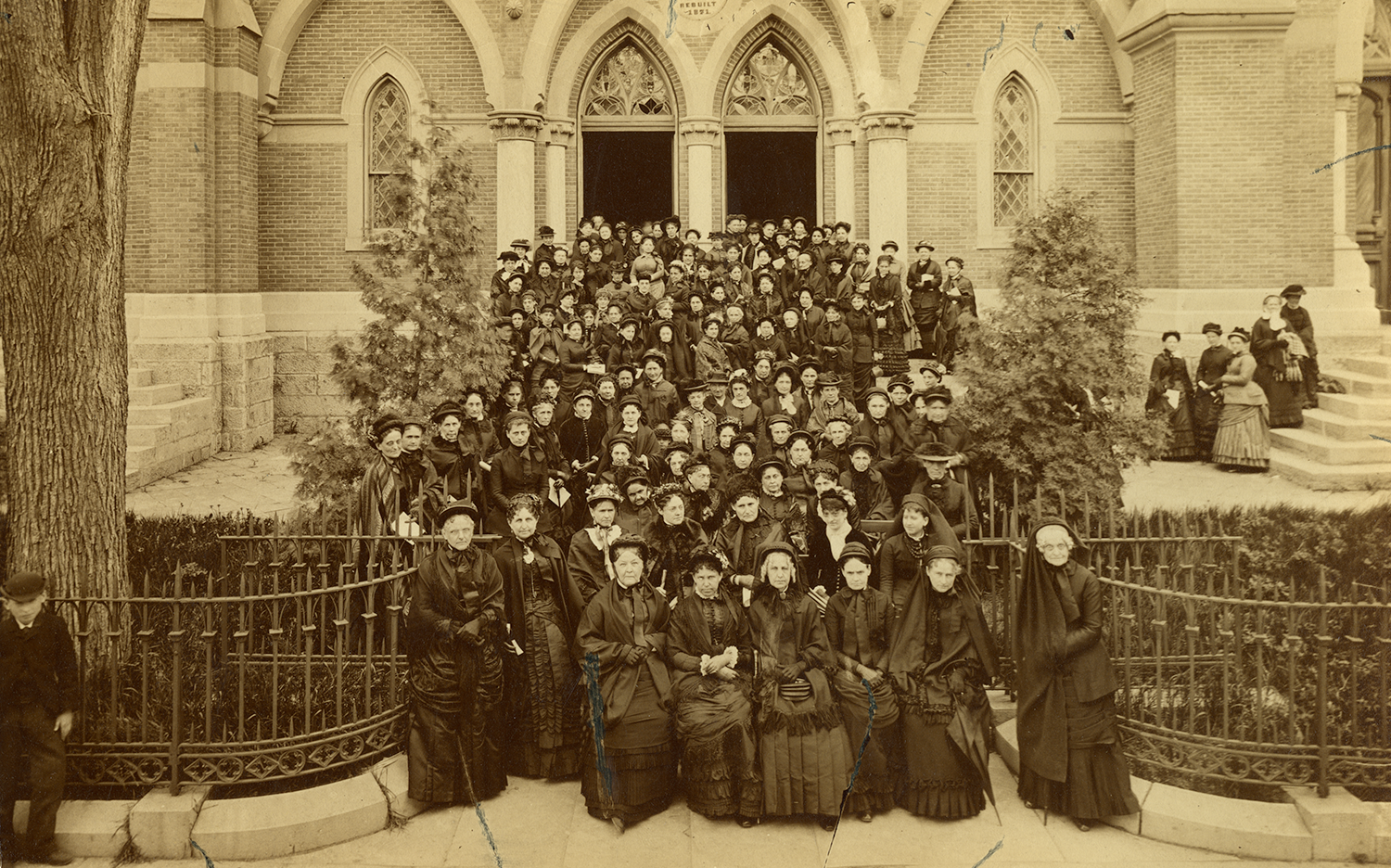 “GA 1879”: Who paid for this gathering? PCUSA Women’s Foreign Missionary Society at the 1879 General Assembly in Saratoga, New York.

Conflict over the apportionment was constant. A new plan put forward in 1884 was repealed in 1887, “productive of much disappointment.” The 1900 General Assembly would finally, firmly establish the General Delegate Fund, while acknowledging that the assessment relied on pure good will: “None of our Church courts are clothed with the power to assess a tax upon the churches. Apportionments to meet the expenses of the several bodies may be made; but the payment depends upon that voluntary liberality which flows from the enlightened consciences of the people, who may be confidently relied upon to return whatever is necessary for the conduct of our ecclesiastical business.”

The amount of the per capita assessment, and commissioners’ and congregants’ satisfaction with it, would change at every assembly. Major reorganization of PCUSA national agency offices in 1923, and of UPCUSA offices in 1972, led to dramatic increases in per capita. Between 1972 and 1978, commissioners would bring ten separate overtures to General Assembly dealing with per capita. 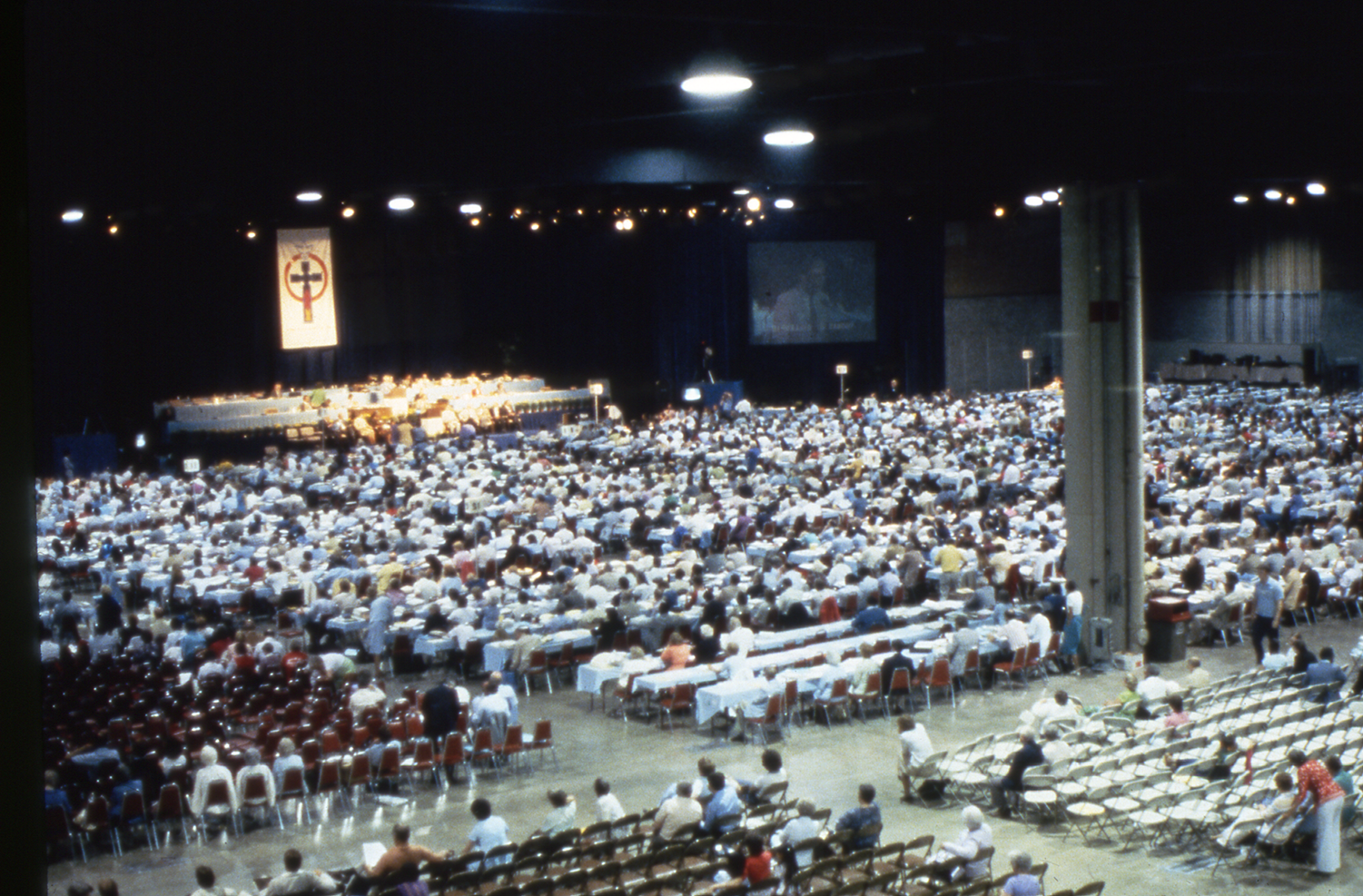 One suspects that a simple, flat, per-person assessment (the current system) remains the easiest to administer—even if a flat rate has regressive effects. Monetary contributions appear to go hand-in-hand with political influence in the church.

McCoy again: “The per capita apportionment system prohibits large churches from gaining political advantage in the denomination by contributing funds for the administering of the Church in excess of their personal representation, since even the smallest churches give equitable financial assistance to the denomination for administrative and other services on a per capita basis. It was an issue of fairness—the fairness of expense in having all presbyteries represented at the General Assembly—which first spawned the idea for such a sharing.”

Whether concern for equitable political representation is enough to sustain per capita as an institution remains to be seen; its track record remains impressive. In McCoy’s phrasing, per capita is “like the mustard seed which grew and spread its limbs, becoming a shade tree.”

Further Reading: The Journal of Presbyterian History, Vol. 66, No. 1 (Spring 1988), pp. 37–48.” How This Mustard Seed Grew: The Origin and Impact of the Per Capita Apportionment as a Means of Financing the General Assembly,” by Clinton A. McCoy Jr. For information about The Journal, or to subscribe, click here.