Mission, advocacy around the world is focus of Assembly Committee 9 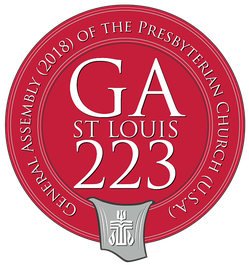 A proposal endorsing “affirmations regarding the welfare of our neighbors in Honduras, Guatemala and El Salvador” will be considered by the Assembly Committee on Peacemaking, Immigration and International Issues at the 223rd General Assembly, which meets June 16–23 in St. Louis.

The proposal, from the Presbytery of the Pacific, recommends creating a “mission co-worker position to facilitate a Meso-American faith-rooted advocacy witness in Central America.” The mission co-worker would work in partnership with the Reformed Calvinist Church in El Salvador and other churches in the Northern Triangle of Central America and Mexico “to develop a Meso-American refugee and immigration advocacy network.”

The overture calls the church to train leaders in El Salvador and “invest in peacemaking in the Northern Triangle,” with the goal of reducing migration and reintegrating people who were returned from the U.S. to El Salvador.

The Presbytery of Shenango has submitted an overture that directs the Stated Clerk to condemn the conflict in South Sudan and urge the U.S. government to pressure the country’s leaders to seek peace in the region. To do this, the overture suggests putting pressure on the government in South Sudan’s capital, Juba, as well as the militia groups supported by former Vice-President Riek Machar and other armed groups to adhere to a cease fire. It also calls on the United Nations Security Council to help ensure safe passage for humanitarian aid into camps for internally displaced people.

In other business before the committee:

Eleanor Ferguson is a college student and free-lance writer in Billings, Montana. She is covering Assembly Committee 9 for the General Assembly News.