Nomenclature to move from ‘racial ethnic people’ to ‘people of color’ 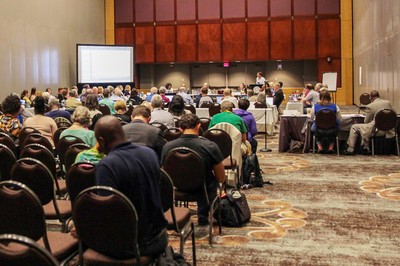 A change in terminology from “racial ethnic people” to “people of color” was approved by Committee 11 of the 223rd General Assembly on Monday and will be moved forward to the full Assembly.

In a 51 to 3 vote, the Assembly Committee on Social Justice Issues also agreed to ask the GA to approve a name change for the Advocacy Committee for Racial Ethnic Concerns (ACREC) to Racial Equity Advocacy Committee (REAC). In presenting the rationale for the proposed name change, ACREC representatives said they want the organization’s new name to be more reflective of their role in the church today. ACREC says its work has moved from an advisory role for racial ethnic concerns to an organization that advocates for racial equity for people of color.

The committee’s recommendation also calls for all six agencies of the PC(USA) to move toward using the term “people of color” instead of “racial ethnic people” in all documents, parlance and programs.

The ACREC recommendation came in response to a referral from the 222nd General Assembly (2016) directing the Advocacy Committee for Racial Ethnic Concerns (ACREC) to work with the Office of Racial Ethnic & Women’s Ministries (RE&WM) of the Presbyterian Mission Agency to determine more appropriate terminology than “racial ethnic.”

In an ACREC briefing, the committee acknowledged the term “racial ethnic” was very dated and unique to the PC(USA). While there was discussion about the change in terminology, the committee agreed it was most important for appropriate naming to be determined by people of color themselves.