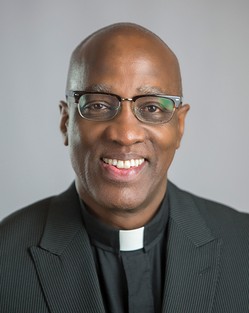 “We lift our hearts in prayer for the success of this meeting, and the negotiations that emerge from it, remembering that there are literally millions of Koreans in the diaspora who long for genuine peace,” Nelson wrote, “and, for many, the chance to be reunited with family members long-separated by this conflict.”

As people of Christian faith, Presbyterians in Korea and the United States have a long-shared history. The Presbyterian Church (U.S.A.) has been in mission partnership on the Korean peninsula for over 130 years.

That partnership was disrupted when Japan arrested all U.S. missionaries at the start of  World War II --  including those who had been advocating for Japanese occupation of Korea -- and more recently by the Korean War and the division of Korea into North and South regions along the 38th parallel.

Unfortunately, the situation remains unresolved, since there was no peace treaty to end the war, but rather an armistice agreement to end hostilities between the parties. That agreement has done little to end continuing animosity between North Korea and South Korea due, to a significant degree, to hostile actions from the North and regular military exercises carried on in the South in partnership with the U.S. military.

Since the signing of that armistice agreement, Presbyterian both in the United States and in Korea have called for a full, final resolution the conflict and for peace and reconciliation in the Korean peninsula.

In 2010 the 219th General Assembly, approved a resolution strongly supporting “the replacement of the present armistice agreement with a just and lasting peace treaty between North and South Korea, brokered by the United Nations, and endorsed by the United States and other powers with interests in the region”

The most recent General Assembly (2016) called on the president and the Congress of the United States to initiate a process for lasting peace in the Korean peninsula by working for nuclear disarmament.  It requested the U.S. government and the United Nations to secure a safe environment for the two Koreas to engage in dialogue and to develop a Korea-led process on healing, reconciliation, and peaceful reunification.

At the prospect of the upcoming summit between the leaders of North Korea and the U.S., supported by the leaders of South Korea, we lift our hearts in prayer for the success of this meeting, and the negotiations that emerge from it, remembering that there are literally millions of Koreans in the diaspora who long for genuine peace, and, for many, the chance to be reunited with family members long-separated by this conflict.

Our Lord and Savior, Jesus Christ, has issued this call: “Blessed are the Peacemakers, for they shall be called children of God.” Responding to that call, we lift up our prayers that these initiatives by South Korea, the United States and North Korea will lead to nuclear disarmament, and a negotiated diplomatic resolution to the Korean conflict that leads to genuine peace in the region.