Tracy Keenan uses her gifts to put words to music 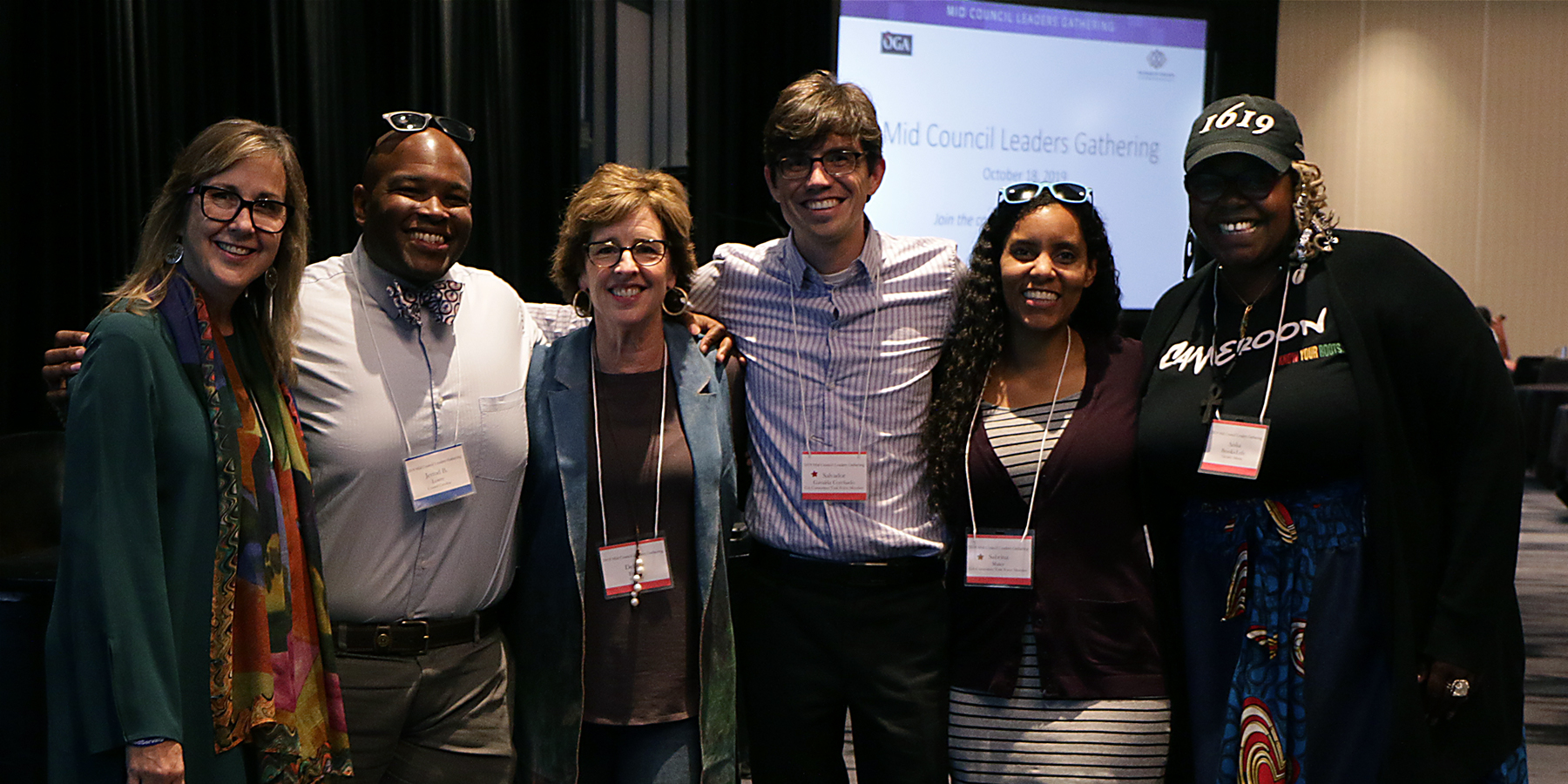 Music has always been a part of Tracy Keenan’s life. The retired Presbyterian pastor was a music major in college and even after seminary, continued to create new music.

“I’ve always been a musician. I did it professionally in the world and as I became a pastor, I would write music for church,” she said. “I would play and sing even as I was pastor.”

Keenan’s ministry would take her to Pittsburgh and Columbus, Ohio, before moving into mid council work in Delaware. But that didn’t keep her from her love of music.

“I have written and put together a wide variety of music, working with a lot of really talented people ranging from church choirs to jazz trios to string quartets,” she said. “There have been many kinds of music and all of it was inspired by worship and the word. It’s not always worship music, but it’s music that has been inspired.”

A 2020 Vision Team member approached Keenan about using her skills and creativity to bring the Guiding Statement to life. She says some songs “roll out fairly easily” while others start out with a basic inspiration and then take a lot of messaging and experimentation to see what they will blossom into.

“What I had first were the words from the acronym: prayer, courage, unity, service and alive,” she said. “So, I was literally out walking and mulling these words around in my mind and came up with what will be the first and last verses.”

The 2020 Vision Team was created by the 222nd General Assembly (2016) to develop the Guiding Statement and plan for its implementation. Last February, the team met in Louisville to finalize the statement and begin sharing it with the greater church. 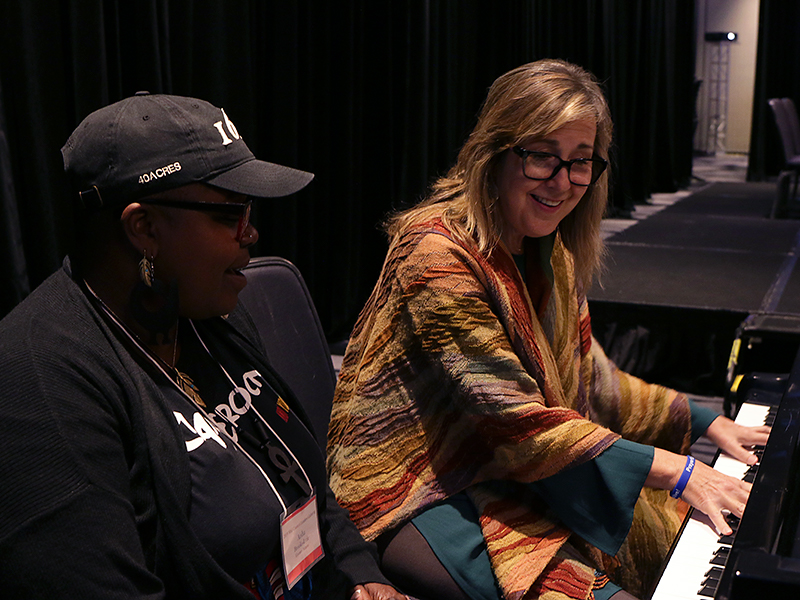 Team members traveled to many church gatherings this year, such as Youth Triennium and Big Tent, to share the statement, “God Calls the Presbyterian Church (U.S.A.) to Be Prayerful, Courageous, United, Serving, Alive.” The first letter of each word spells out the PC(USA) acronym and under each word is an explanation of what it means.

“When I was first asked to explore this, I was making a move from central Ohio to Delaware and was staying in a bed and breakfast,” said Keenan. “The first two months, it was just what was rolling around in my mind, with the occasional use of a church piano. I finally did get my piano when my husband joined me here.”

Keenan says the most inspirational part of putting words to music came from the Guiding Statement itself.

“I was a pastor for 30 years and now I’m in New Castle Presbytery as the missional presbyter. I visit a lot of churches. My job is to help congregations and there’s a lot of talk about whether churches are dying. Sometimes talk is from churches themselves and all around us we hear words about dying or dying churches,” she said. “This guiding statement says they’re alive and that is far more than just breathing and existing. Alive is stretching, growing, changing, and participating in the world around it.”

Keenan says she takes hope in the statement as she visits churches across the presbytery.

“First of all, the statement under the prayerful category is talking about being anchored in grace. I love that it comes first,” she said. “It’s that sense of we are forgiven and free that makes everything else possible. I love that as a starting place.”

Keenan says she is also moved by the word “courage” in the statement.

“The world is changing so quickly, and the church provides that unchanging anchor and at the same time it needs to change in order to respond to this world. So, it takes a lot of courage because of the unknown,” she said. “I read where the church is always in transition. A lot of us are secretly waiting for it to calm down again but I don’t think that’s going to happen.”

Keenan says the “pot has been stirred” in the church, but it’s not a bad thing.

“It takes a lot of courage to stir the pot and we are stirred,” said Keenan. “I really do see that as being the message to the church: This is hard, uncomfortable, and messy — but that’s OK, that’s part of the reforming that we are participating in.”

Members of the 2020 Vision Team recently got to spend some time with Keenan at the Mid Council Leaders Gathering in Baltimore and got to hear the song from Keenan herself.

“It was beautiful. It was exciting to literally hear how the Guiding Statement took form in a new way, in a song, and in something that no member of the team could create,” said the Rev. Sabrina Slater, Vision 2020 Co-Moderator. “It was encouraging to be able to ask Keenan about her process and how the song came to life. It was an utter gift and blessing, an encouragement to the 2020 Vision Team as we continue our work.”