Speaker: When conflict or crisis erupts, we’re more available to the power of the gospel 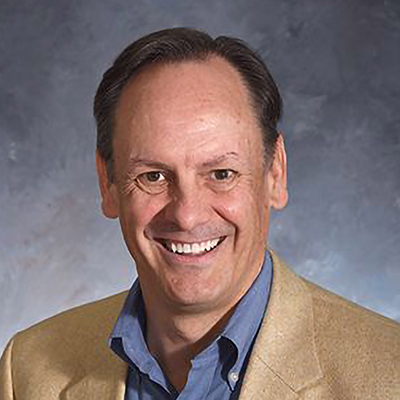 During last week’s Moderators’ Conference, the Rev. Dr. David Forney led workshops teaching about 120 moderators and moderators-elect how to deal with conflict that’s inevitable during meetings and other events of Presbyterian Church (U.S.A.) mid councils.

Forney, pastor at First Presbyterian Church in Charlottesville, Va., called his workshop “Conflict and the Work of the Gospel: Moderating Difficult Dialogues.”

Forney completed his doctoral work in conflict resolution after undergoing “incredible conflict that went through the congregation” during the initial months of his first ministerial call. “I realized I was woefully unprepared,” he told a room full of moderators.

Presbytery and synod moderators can’t claim the same thing after an hour in Forney’s interactive workshop.

“I want us to think about conflict in a more interpersonal way  — as a way to have a bead on what’s happening in the room, whatever room that might be,” he said just before revealing the thesis for his workshop: “I think we are more available to the power of the gospel in times of conflict or crisis than when we are content and happy.”

A favorite proverb comes from Proverbs 27:17: “Iron sharpens iron, and one person sharpens the wits of another.”

“What we do with conflict,” he said, “determines if it will be constructive or deconstructive.”

Forney then had participants complete the Thomas-Kilmann Conflict Instrument, which renders a quick assessment of a person’s preferred strategy for dealing with conflict. It identifies five methods, all of which Forney said are appropriate and inappropriate, depending on the context. Those five strategies are accommodating, avoiding, compromising, collaborating and competing.

Avoidance is probably the best strategy to avoid road rage, Forney noted. Moderators who accommodate presbyters in times of conflict can create goodwill and keep the peace. “Who doesn’t appreciate it,” he said, “when somebody lets us have our way?”

But it, like the other four strategies, has its weaknesses, especially when overused: When we’re stressed, avoiding can become our default mode, one we return to again and again as a strategy. “Decisions get made by default, issues fester and a climate of caution is created,” he said.

Compromise, he said, is “excellent for resolving issues of moderate importance” and is a useful strategy when parties have time constraints. But those who compromise can lose the big picture and don’t readily develop trust between the parties, he noted.

Sometimes moderators are smart to take on the competing strategy, using their position and/or influence and standing their ground, he said. One piece of advice for moderators-elect: never surrender the moderator’s microphone, he said. The downside is that competition yields low empowerment among the parties.

Competitors who can state their case with clarity and with force can have this effect among commissioners to mid councils: “You make my work easy. We should all do that,” he said. But what competitors are really doing, he said, is “inviting you to come with your argument with the same clarity and force.”

Collaborators can listen, understand and empathize. For them, the way forward requires the presence of “each other’s voice at the table.” Collaborators draw out other people’s voices and desire input and non-threatening confrontations “because they want to confront the issues and move forward.”

Collaborators “often come up with something neither of you could have done yourself,” Forney said.

But the collaborative process does require a time commitment, he said.

“It takes way too much time on trivial matters,” he said.

He said he’ll be praying for the new moderators as they begin their work upon returning to their presbytery or mid council. He offered them this counsel:

“Tell me one issue that trumps ‘Love thy neighbor,’” he said. “The thing we are called to do is be faithful, not right. It seems to me that faithfulness is ‘Love your God’ and ‘Love your neighbor as yourself.’ These other pieces are important, but they’re underneath those.”