J. Herbert Nelson says church can and should play a role in city revitalization 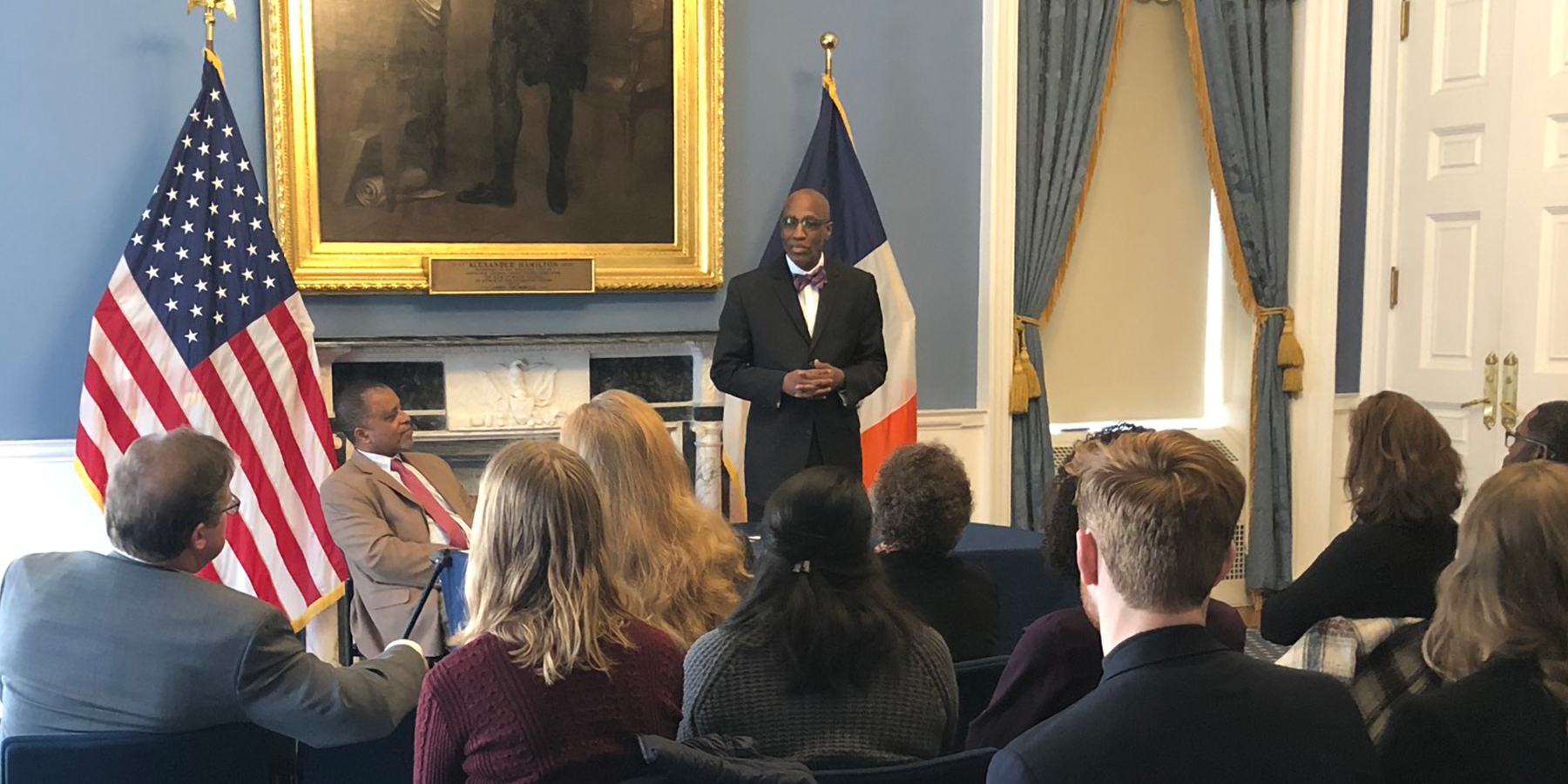 More than 8.6 million people call New York City home. It is the most populous city in the U.S. Even with its strong corporate and financial structure, the city faces incredible challenges.

“Because of the contacts we have made along with the work in the office and some of the work that has been done on the ground with the Presbytery of New York City, it has drawn the attention of the mayor’s office,” said Nelson. “A lot of it has to do with issues of justice and commitment to justice over the years, the recognition that poor people exist in mass in New York in ways you won’t see in other parts of the U.S.”

“Updated piping, water and sewage treatment are behind in this major city. People in poverty find themselves paying as much for an apartment as they would a mortgage,” he said. “Some have lived in their apartments for more than 35 years and not seen any renovations or upgrades. They’ve never owned anything, not even the cellphones they use.”

Nelson says he had an opportunity to spend some time with both the mayor and the mayor’s wife, Chirlane McCray, where they “had some good church talk on one end and a lot of common talk on the other.”

This is the third time in more than a year that the Stated Clerk has been invited to meet with the mayor’s staff. Nelson was originally contacted following the 223rd General Assembly (2018) and the march in downtown St. Louis to end cash bail. 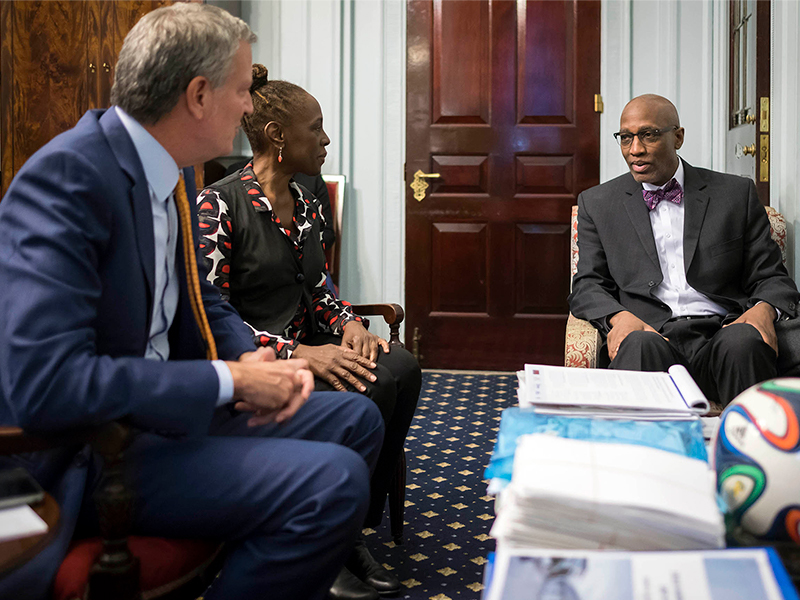 “This says a lot about their embrace of our work. We ought to be proud of that, not for our sake but for the sake of Jesus Christ,” Nelson said. “Secondly, we need to take seriously, wherever we are in the U.S., no matter how big or how small our churches are, people are watching us and there are engagements we can be a part of that can transform lives. We are serious about doing the work. This is a great start.”

Nelson adds that the power of the church in community is much more than many anticipated.

“What we have realized through the many studies that have been done is that if a church is in a community, it actually makes the community a little bit better,” said Nelson. “There is something that the church can do in the context of that community that can provide opportunity, after-school tutorials or job training. It can be a place where people who are going through trouble and trials can be heard.”

Nelson says New York is taking this seriously, adding that city leadership wants to engage in work with the denomination.

“We were called to be a part of a potential renewal of that city. They do not believe, and the mayor does not believe, it can be done without faith playing a significant role and I feel honored to have been part of a delegation from the PC(USA) to meet with the mayor and spend some time listening to the opportunities the city is grounded in trying to support,” he said.

The conversation covered a number of topics and key issues important to the mayor.

“We have been very progressive with regard to social justice issues including the environment, sustaining water sources, looking at how we take Rikers Island and the dismantling of that kind of warehouse for souls,” he said. “We have to look at how faith plays a role in making that happen.”

Nelson believes the mayor and his staff have confidence that faith-based institutions can make a difference.

“Another reason for our inclusion is the partnership the PC(USA) has with this administration. That says something about God being in this,” said Nelson. “They’re asking us to be a part of this. The city’s deputy mayor and assistant came to Louisville and marched with us last summer, as we try to end cash bail here.”

Nelson says this is just the beginning of a partnership to work toward improving the lives of those who live in poverty in New York City. 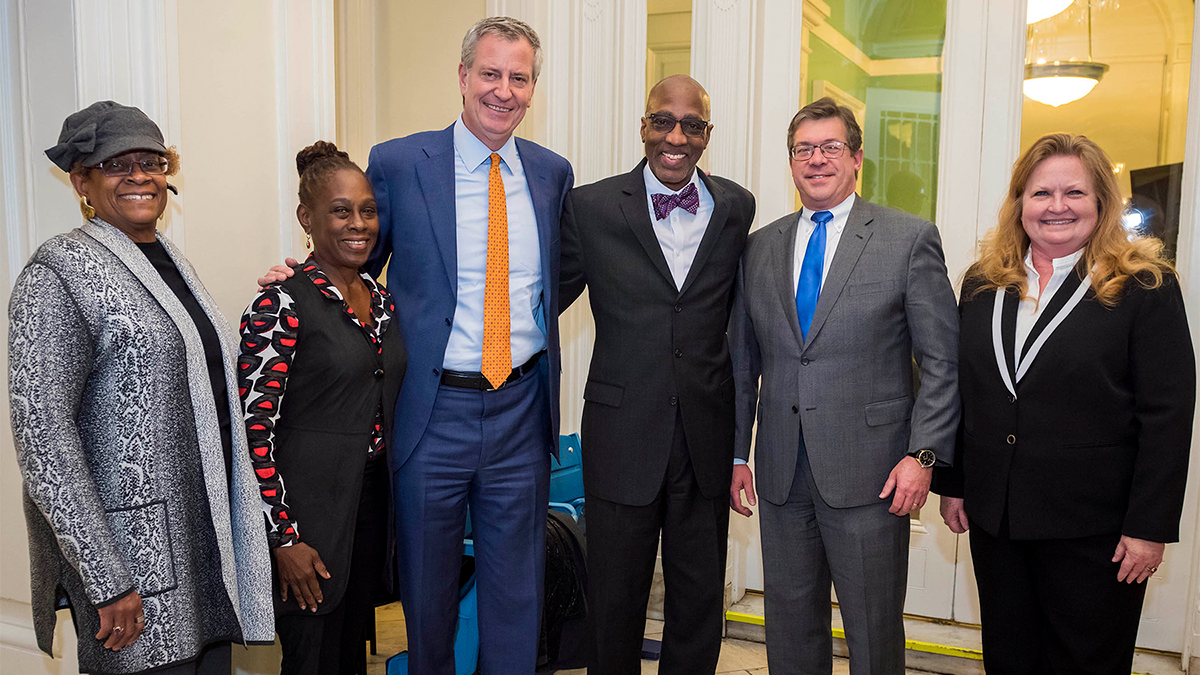