A walk through Presbyterian history

COGA and Presbyterian Historical Society Board get history lesson in Philadelphia 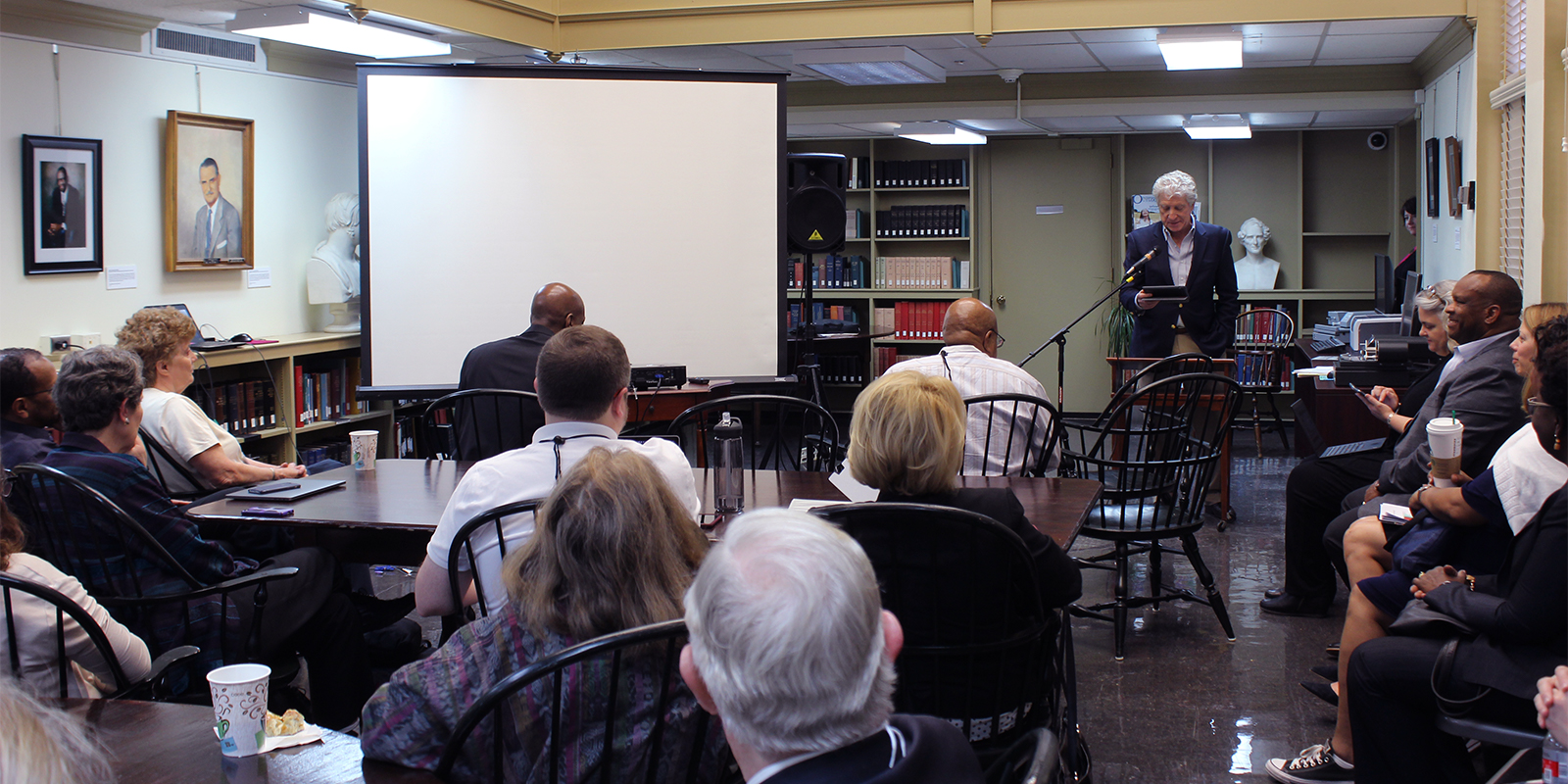 George Abdo, chair of the Presbyterian Historical Society board, speaks to the COGA and PHS Board members at their joint meeting at PHS offices in Philadelphia. Photo by Rick Jones

The Committee on the Office of the General Assembly (COGA) and the Presbyterian Historical Society (PHS) Board have been getting a good dose of Presbyterian history on the second day of their joint gathering. The two met on Wednesday at PHS offices, a few blocks from Independence Hall.

COGA and the PHS board meet together every two years, alternating between Louisville and Philadelphia.

The day began with a tour and presentation from PHS staff.

“We are a people of written memories. Not one of us would be here if memories had not been written down, saved, and preserved through the ages,” said George Abdo, PHS board chair. “This includes the gospel, Jesus’ life and ministry, Paul’s letters, our collective memory as a denomination. PHS is full of stories; the good, the bad, and the ugly, reminding us of where we have done well and where we have sinned.”

PHS was founded by a group of volunteers in 1852 and has been collecting and archiving church records since then. Abdo says the building, constructed in 1967, has more than 36,000 linear feet of shelf space and covers more than half a block.

“We collect items from all over and digitize 100,000 pages of records each year. Churches place records on deposit here, and if they need access, we retrieve those records,” said Abdo.

During the joint meeting, both COGA and the PHS board were updated on OGA financials, which show a 7.3 percent savings in expenses last year compared to 2017. Per capita collections for 2018 were $8.8 million, a slight decrease over 2017. 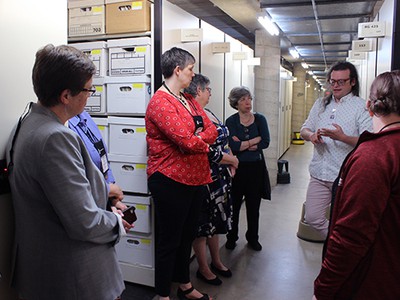 PHS’ David Staniunas leads a tour in the archives. Photo by Rick Jones 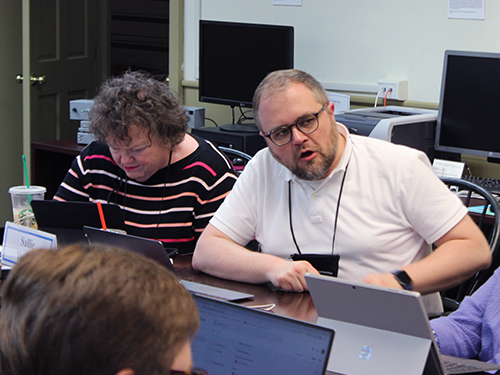 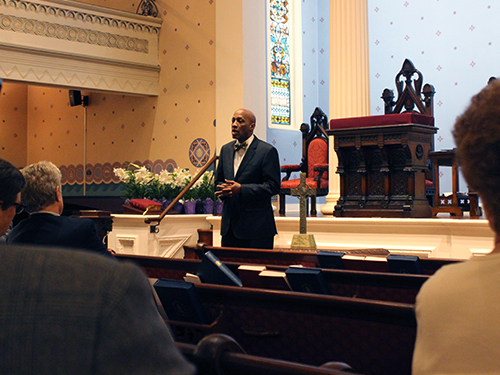 In a separate meeting later in the day, COGA discussed the status of Mid Council Ministries.

There was also some discussion around OGA’s new statistical report and questions over whether to include worshipping communities and fellowships in future reports. The report, released earlier in the week, shows the number of departing churches on the decrease. Nelson says that’s the best news the church has heard about membership in thirty years.

“Those who have remained with the denomination despite some differences and discord, continue to press on. I still believe the church is not dying but reforming and will continue the process of change,” he said. “Presbyterians are committed to do the work no matter what because they love the denomination.”

COGA will wrap up its spring meeting on Thursday.