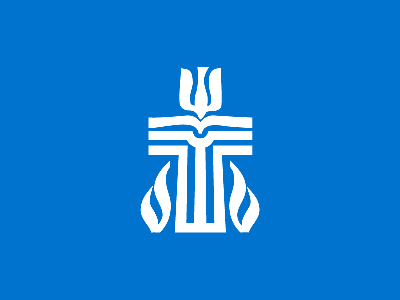 There is growing and widespread concern in the wake of Alabama’s recent anti-abortion legislation, which, if implemented, will have the effect of almost total prohibition of any such procedure and remove from the pregnant woman and her attendant physician any choice in the matter whatsoever.

As Presbyterians, we are part of a church that has wrestled with this issue for decades, guided by actions of our General Assemblies on the matter. Perhaps the most important action was taken by the 195th General Assembly (1983), which addressed abortion in the context of the plight of women who had limited access to medical care during pregnancy, or who did not feel they had the resources to raise a child.

At the center of that approach was the effort to respond to the 1973 decision of the U.S. Supreme Court referred to as Roe v. Wade. It provided a legal framework to guide those trying to make responsible decisions regarding the possible termination of a pregnancy and it affirmed in the strongest terms the constitutional right of a pregnant woman to decide procedures and outcomes that involved her own body.

Some of the most recent state decisions on abortion are clearly designed to take those rights away, and it is inevitable that the issue will return to the current U.S. Supreme Court for sorting out in relation to Roe v. Wade. In the meantime, we, as Presbyterians, can be guided by the actions of our General Assembly, which called on us to support the decision in Roe v. Wade.

It is important to note the content of the Roe v. Wade decision since it is not a blanket endorsement of abortion as is sometimes implied by opponents. The summary below describes the decision itself and reflects the Court’s commitment to the woman’s right to control the decision in the early stages of pregnancy but places some restraints toward the end of the pregnancy.

The Court settled on the three trimesters of pregnancy as the framework to resolve the problem. During the first trimester, when it was believed that the procedure was safer than childbirth, the Court ruled that the government could place no restriction on a woman’s ability to choose to abort a pregnancy other than minimal medical safeguards such as requiring a licensed physician to perform the procedure.After the first trimester, the Court ruled that evidence of increasing risks to the mother’s health gave the state a compelling interest, and that it could enact medical regulations on the procedure so long as they were reasonable and “narrowly tailored” to protecting mothers’ health. At the level of medical science available in the early 1970s, the beginning of the third trimester was normally considered to be the point at which a fetus became viable. Therefore, the Court ruled that, from the beginning of the third trimester on through the rest of a pregnancy, the state had a compelling interest in protecting prenatal life and could legally prohibit all abortions except where necessary to protect the mother’s life or health. [Nowak, John E.; Rotunda, Ronald D. (2012). Treatise on Constitutional Law: Substance and Procedure (5th ed.). Eagan, Minnesota: West Thomson/Reuters, §18.29(b)(i)]

As this matter grows in prominence in the news and possibly within our church communities, may we all be mindful of both the integrity of women and physicians who are at the center of the controversy and may we be more responsible in nurturing the life that is already among us.