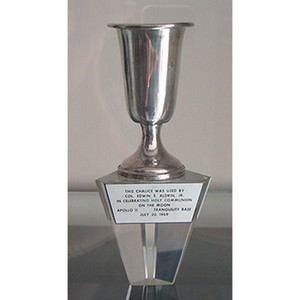 As the nation reflects on the historic Apollo 11 moon landing 50 years ago, a church in Texas commemorates another event, the first lunar communion. Webster Presbyterian Church, located near the Johnson Space Center in Houston, was the church home for many astronauts, engineers, and scientists working for NASA during the Apollo program.

Shortly after landing on the lunar surface, Astronaut Edwin “Buzz” Aldrin, did something that got little fanfare at the time. In the second part of a three-part video series, Webster members reflect on that special moment and what it means today.