Home News Want to end gun violence? Eradicate the conditions that lead to it

Want to end gun violence? Eradicate the conditions that lead to it 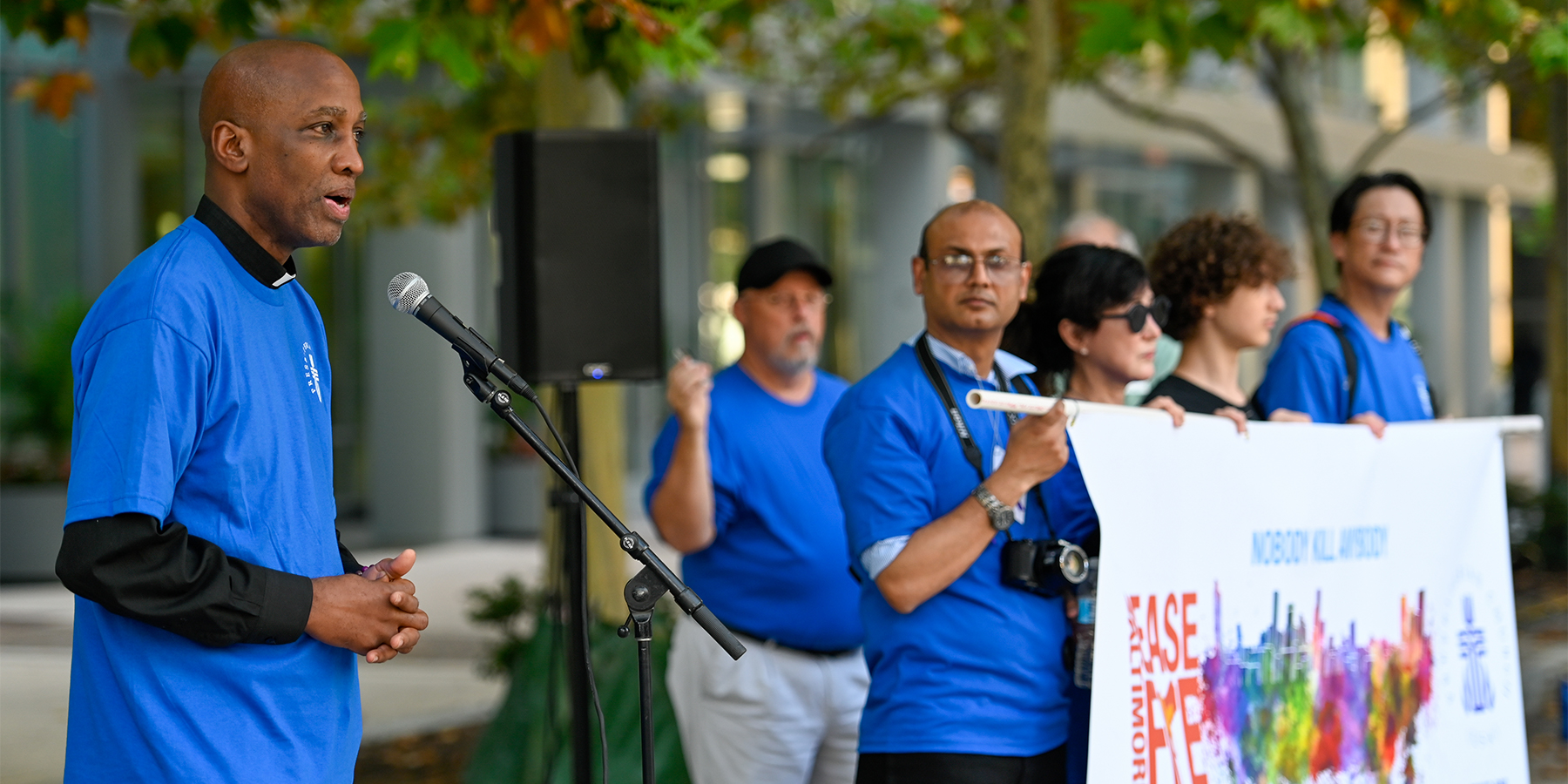 Stated Clerk of the General Assembly, the Rev. J. Herbert Nelson II, speaks at the Ceasefire Walk on August 2, 2019 at Big Tent in Baltimore. Photo by Rich Copley

The most recent tragic shootings in El Paso, Texas and Dayton, Ohio have once again raised the call for legislative action on the sale of guns in the U.S. During Big Tent in Baltimore, Maryland recently, Presbyterians joined local churches for a walk downtown, advocating for more to be done to avoid shootings.

In the second of two videos, the Rev. Dr. J. Herbert Nelson, II, tells marchers too many people have been left behind in the struggle to survive.