Home News God invites us, flawed and inconsistent though we may be

God invites us, flawed and inconsistent though we may be 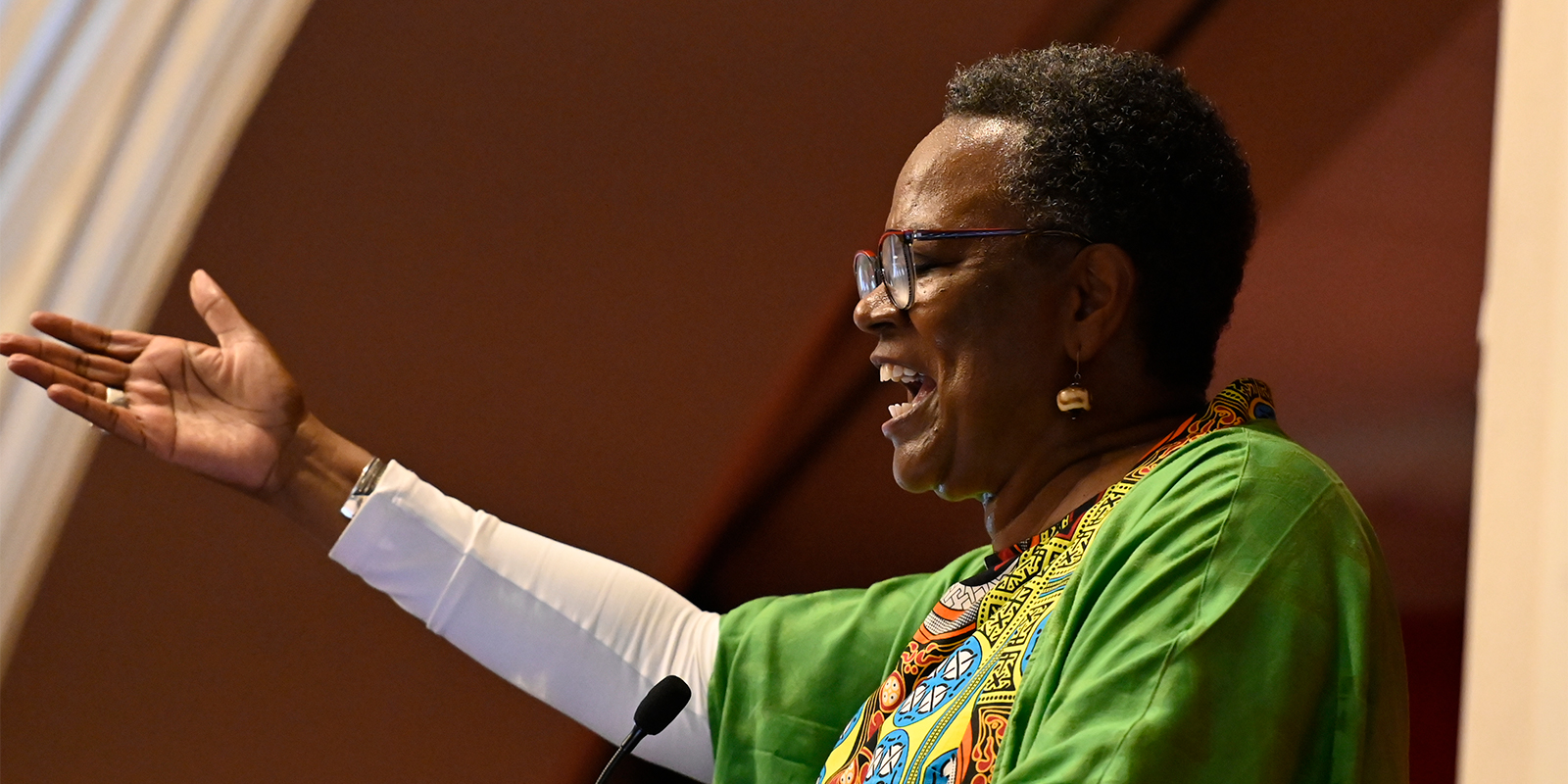 The Book of Genesis may spell out God’s plan of salvation. But the Rev. Dr. Renita Weems told nearly 800 people attending Big Tent’s closing worship Saturday that “sometimes I wish God would save us without asking us to participate in salvation. Just get on with it, God! But God continuously invites flawed inconsistent people to participate with God.”

Reuben says he’s not a coward — he’s just pragmatic, Weems said. “He doesn’t believe in getting into a fight he can’t win,” she said. He’s “every church, every pastor, every Christian who quotes Scripture to protect himself from acting, from making hard decisions.” 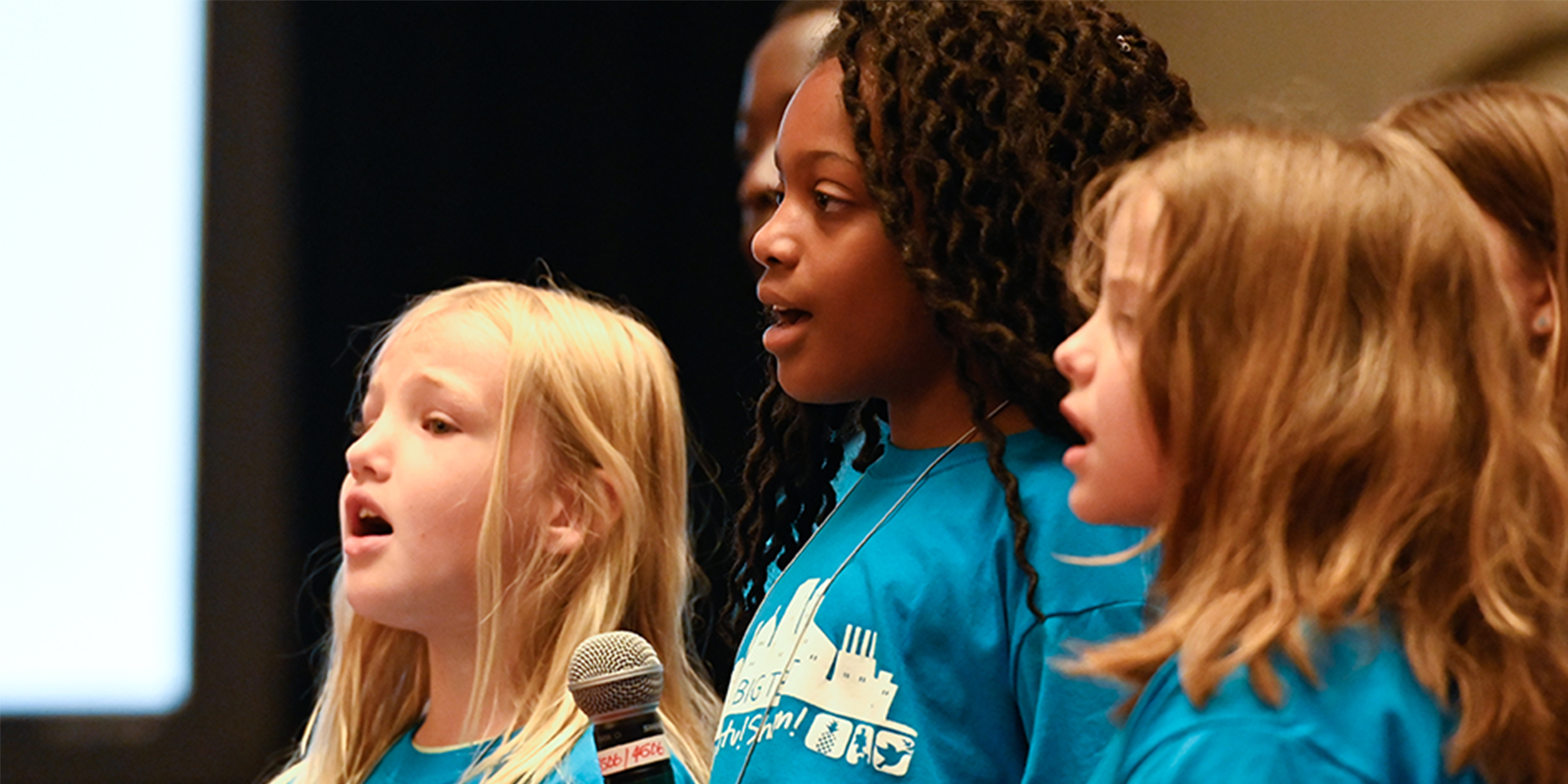 As with Reuben, “the truth is that God gives all of us the chance to redeem our mistakes,” she said. “We make our choices, and our choices make us. Reuben stands before his brother just as Jesus stood before Pilate … God invites us to step on the world’s stage and play our part. Reuben had the chance to redeem the mistakes he had made and he would not take it. The challenge for us today is to take each other’s hand and say, ‘I will stand with you through the good times and the bad times.’ Do I have a witness here?” Indeed she did, as worshipers were on their feet applauding God’s word brought to them during worship.

“Come on, Reuben!” Weems exhorted. “You still have a chance. Lift Joseph out of the pit! Don’t wait until Joseph is stolen or dies and what you coulda/shoulda/woulda done.”

While we can’t know what the future holds, we do know who holds it, she reminded those in worship. “I’m going to err on the side of righteousness and love.”

Closing worship was full of celebration. “It has been a full and wonderful three days,” said the Rev. Tom Hay, director of Assembly Operations. “The Spirit is still with us, still moving through us.”

Wearing matching T-shirts, youth attending Big Tent sang the song “Over My Head” and read the Beatitudes from Matthew 5. 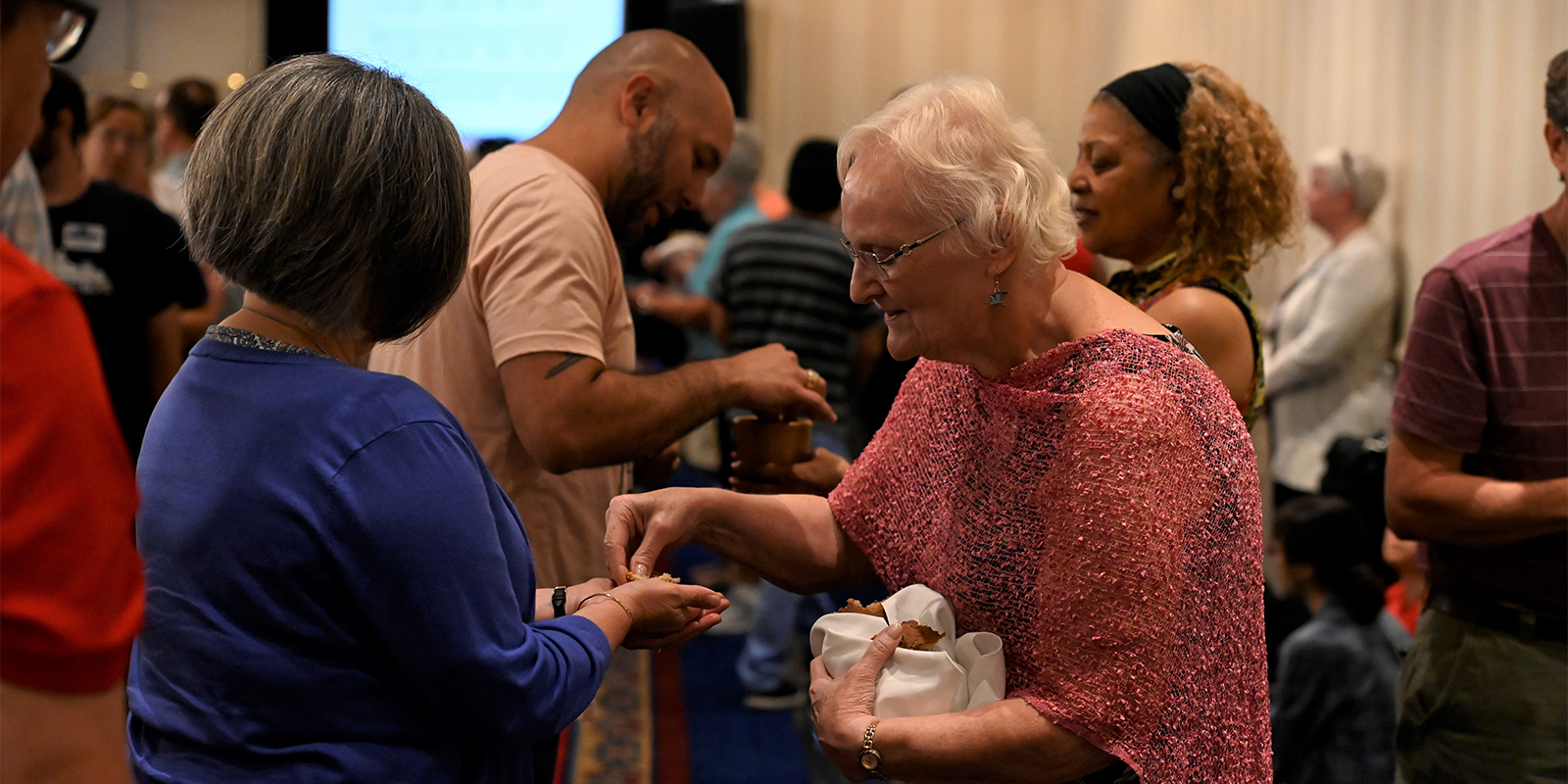 Worshipers came to communion with outstretched hands and were rewarded with large chunks of bread. Photo by Rich Copley

Communion was served by intinction. Worshipers were invited to come forward with outstretched hands so they could receive extra-large hunks of gluten-free bread.

The Rev. Dr. Diane Moffett, president and executive director of the Presbyterian Mission Agency, talked about the life and legacy of the Rev. Dr. Katie Cannon, the first African American woman to be ordained as a pastor in the United Presbyterian Church, a precursor to the Presbyterian Church (U.S.A.). Cannon died nearly a year ago; a scholarship fund has been established in her name, and Saturday’s offering will be placed in that fund. 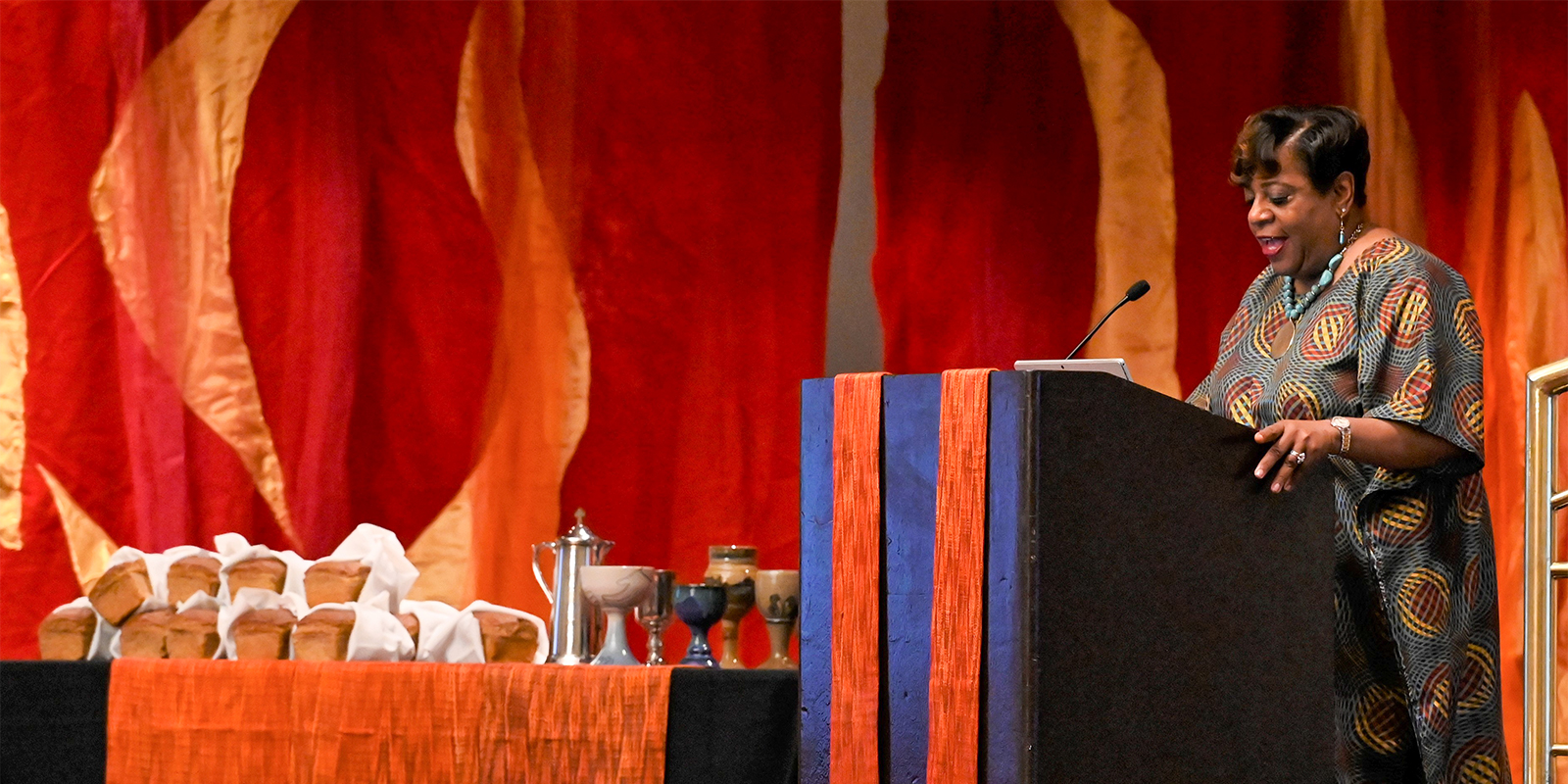 The Rev. Dr. Diane Moffett, president and executive director of the Presbyterian Mission Agency, talks about the life and legacy of the Rev. Dr. Katie Cannon. Photo by Rich Copley